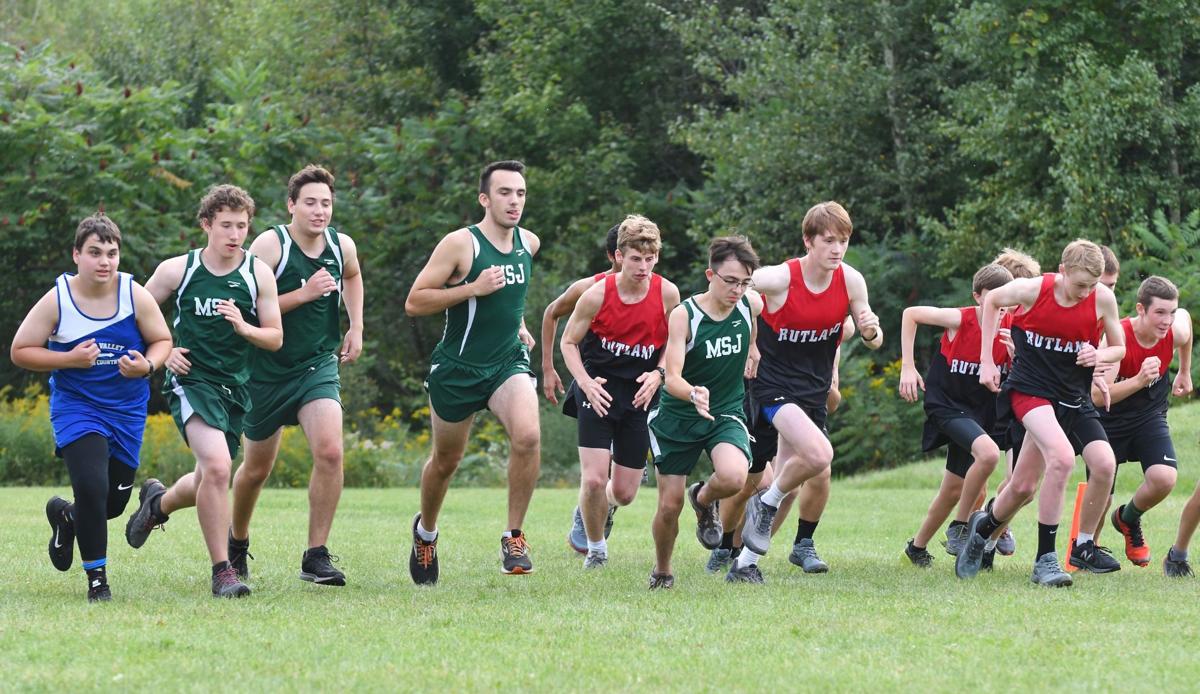 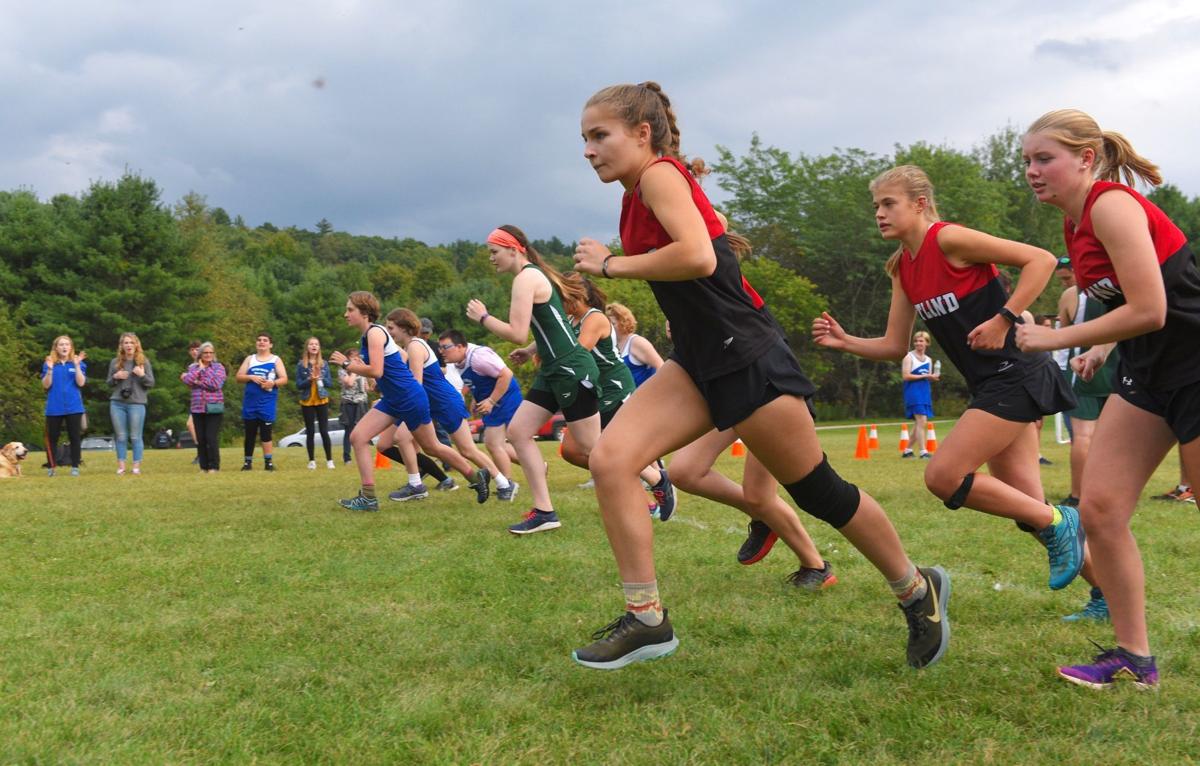 BRANDON — Hills. They spell heartbreak for some runners. Parker Todd thrives on them.

The Otter Valley junior powered through the hills on his home course to win the boys race in Tuesday’s triangular cross country meet and Rutland’s Rosanna Hyde was the individual winner on the girls side.

Todd not only was the first across the line, he set the course record by clocking 19:45 on the 3.1-mile layout. Mill River’s Brogan Giffin set the mark last year with a time of 20:25.

“The hills are where I pass people,” Todd said. “I try to go strong on the hills.”

“We focus more on the hills this year,” OV coach Brooke Kimball said.

Todd and Rutland sophomore Brady Geisler might be in the early stages of a burgeoning rivalry. Geisler beat Todd back on Sept. 3 on Rutland’s Giorgetti Park course and this time Geisler finished second to Todd.

Geisler led early in this race, Todd passed him, Geisler went to the front again and then Todd took the lead for good with about a quarter of a mile remaining.

“Brady is a sophomore and Parker a junior so they will see a lot of each other,” Rutland coach Steve French said.

“I was confident about today’s race. I knew I had more hills and I took advantage of them,” Todd said.

Rutland swept the team titles in the meet that included the Otters and Mount St. Joseph.

“The boys are running well together. They are bunched up like you want them to be,” French said.

“She is a force every year,” French said of Hyde.

Hyde breezed to the win, clocking 24:11 to finish well ahead of freshman teammate Sierra McDermott.

“It is definitely a tough course,” Hyde said. “It has quite a few hills. It is one that tests you.”

McDermott is a transfer from Poultney and Hyde has taken her under her wing.

“She is learning from one of the best,” French said.

“I think by the time she is a freshman she is going to be going places. She is already incredible,” Hyde said.

Hyde might be going places herself. She is thinking of running in college next year and some schools have already reached out to her.

NOTES: Otter Valley heads to the Randolph Invitational on Saturday. ... Rutland will be going to an invitational at Spaulding on Sept. 21, a new race for the Raiders. ... It was Senior Day for the Otters and OV runner Kelsie Sunhawk was presented with flowers.

This article has been updated with the correct spelling of Alex Stutes' name.