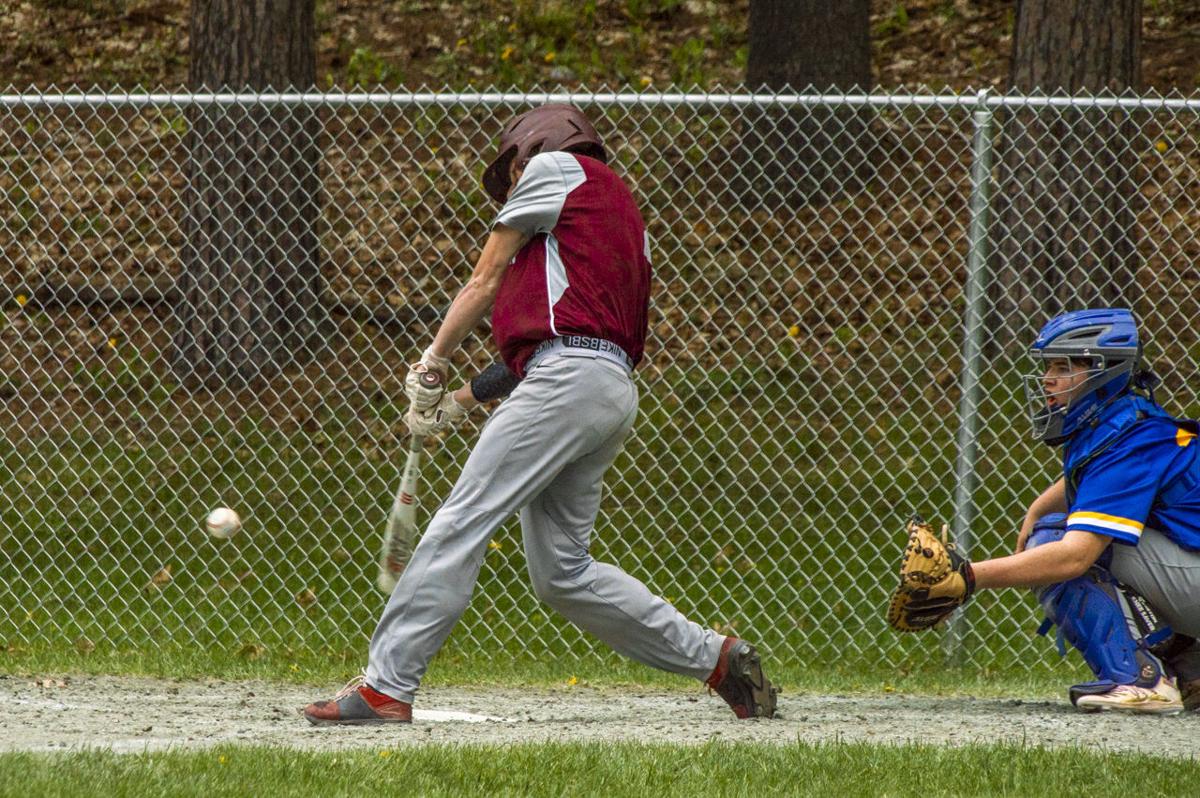 Proctor's Cam Richardson (2) swings the bat, hitting a ball into the outfield against Poultney Wednesday afternoon in Proctor. 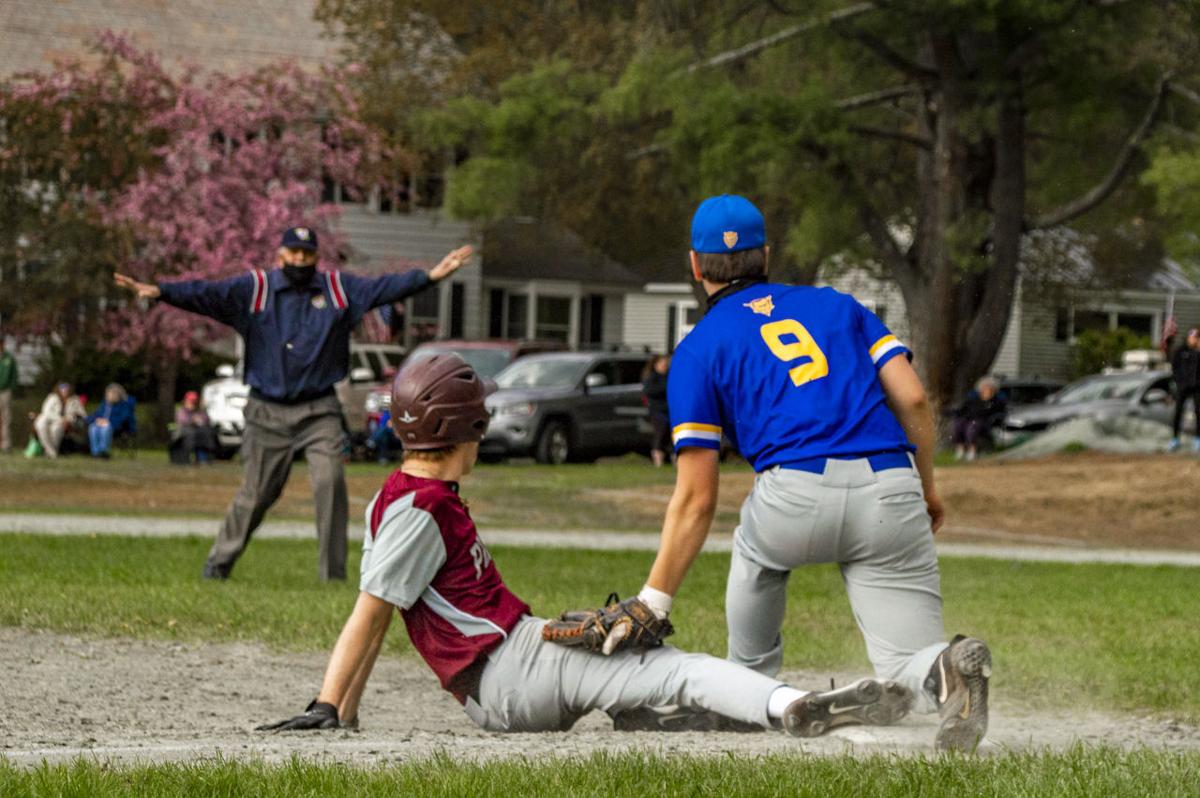 Poultney’s Gage Wescott (9) puts a tag down at third base during the Blue Devils’ loss to Proctor Wednesday afternoon in Proctor.

Proctor's Cam Richardson (2) swings the bat, hitting a ball into the outfield against Poultney Wednesday afternoon in Proctor.

Poultney’s Gage Wescott (9) puts a tag down at third base during the Blue Devils’ loss to Proctor Wednesday afternoon in Proctor.

PROCTOR — When the Proctor baseball team gets its bats going, it’s one of the most dangerous teams in Division IV.

The Phantoms have found their groove at the dish and it has showed in their recent performances. Proctor put that on display against rival Poultney on Wednesday, winning 15-10 to sweep the season series with the Blue Devils.

Poultney had its ace on the mound with hard-throwing right-hander Ryan Alt. Alt was coming off a start with 16 strikeouts against Mill River.

The senior wouldn’t have the same success against the potent Phantoms lineup.

Alt had gotten through two innings, giving up three runs, but it was the third where Proctor really got to him. With Poultney up 4-3 after a three-run third of its own, Cam Cannucci led off with a single.

The next three batters followed suit. Cam Richardson, Jacob Patch and Bryson Bourn all singled as part of a nine-batter inning that plated four runs and gave Proctor a lead it wouldn’t surrender.

That inning started a string of three straight innings where the Phantoms scored four runs.

“Ryan is a good pitcher, but we’ve seen him a lot and we’ve prepared for him in practice,” said Proctor coach Jeff Patch. “We jumped on him early, so that was good. He’s one of the best pitchers in D-IV.”

Alt ended up getting the hook after four innings of work, coming out after an error in center field and a double by Richardson to start the fifth.

Poultney coach Dan Williams wanted to save Alt’s arm for the busy stretch the Devils have ahead.

“We’ve got a game Saturday, Monday, Thursday, Friday, Saturday of next week,” Williams said. “I had to keep his pitch count down. I couldn’t burn the kid out.”

Lucas Milazzo came on for Alt and he eventually gave way to Donald Olden to finish it.

Proctor opened up leads of seven and eight runs after the fourth and fifth innings. The Devils couldn’t make a massive dent in those leads, but they continued to have good at-bats and whittle away the advantage.

“We fought hard today. We could have rolled over, but we did alright,” Williams said. “It was a better performance than it was against Rivendell.”

Brennon Crossmon had stretches of dominance pitching for Proctor, most notably a second inning where he struck out the side and a fourth inning where he got Poultney 1-2-3. At other times, the Blue Devils did a great job hitting him.

His defense didn’t do him a ton of favors in the lengthier innings, making errors.

“I think Brennon pitched a hell of a game,” Patch said. “I don’t know how many runs were earned. This game could have been a five-inning game if we were better defensively.”

Richardson came on to pitch after Crossmon and got the last six outs.

Both sides had standout offensive performances. Richardson went 5-for-5 for Proctor, with a pair of RBI doubles and multiple stolen bases. Jacob Patch had a multi-hit game with three RBIs and Crossmon had a pair of RBIs on sacrifice flies.

“If we put the ball in play, we’ll compete with anybody,” coach Patch said.

For Poultney, nobody shined more than Gabe Wescott, who went 5-for-5 with four RBIs, including a double. Alt also had multiple hits.

“Gabe had a great day today. He’s capable of it all the time,” Williams said. “We’re happy with him today. Gabe is the ultimate player and loves to learn. He takes in everything he gets.”