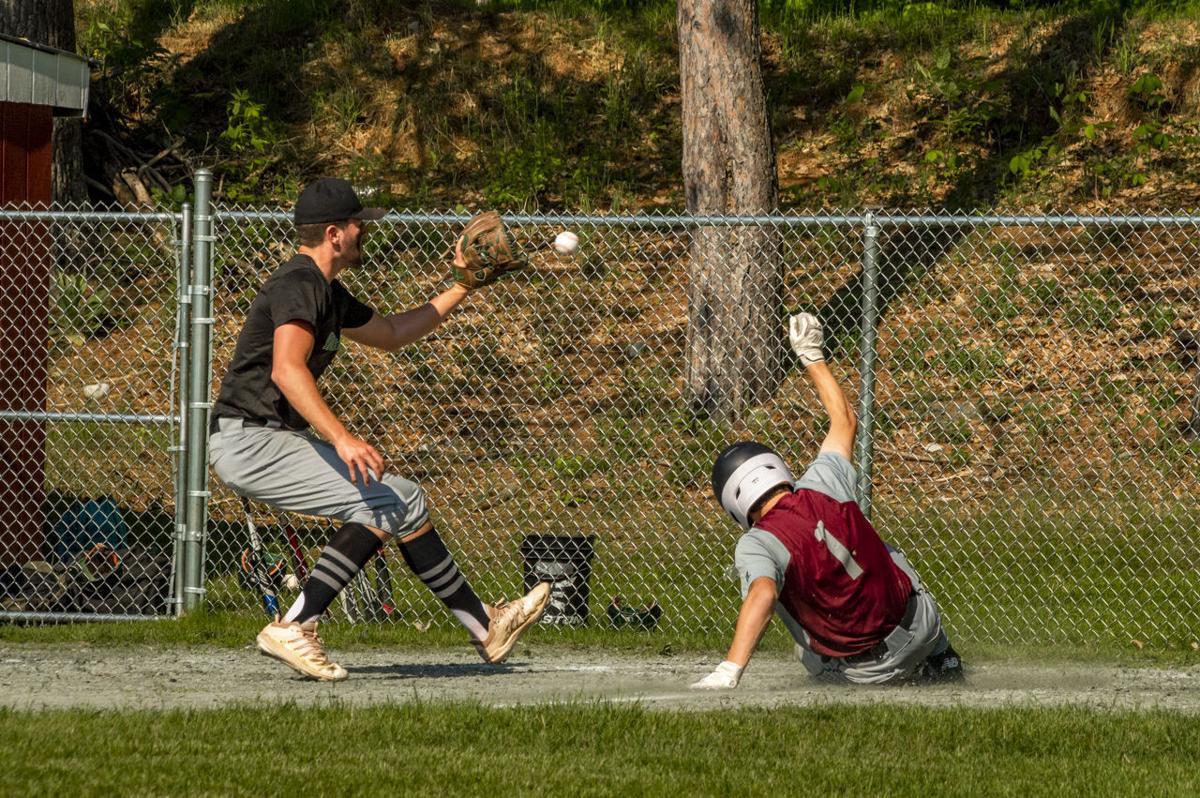 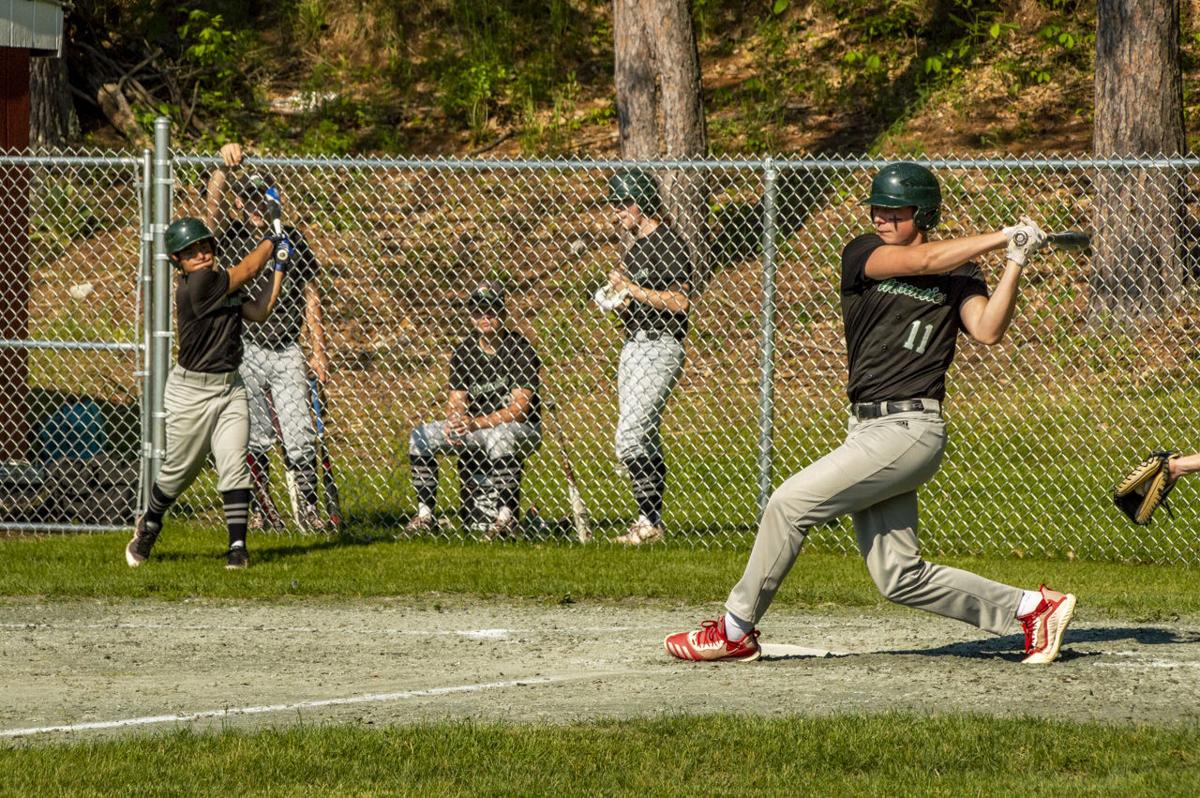 PROCTOR — When it’s your turn to take the mound and you find that your pitching adversary is the other team’s ace, a much heralded ace at that, it gets your blood boiling.

“Definitely, seeing a good pitcher like that on the other team feels like a challenge, especially when it is a good friend of mine like Cole,” Crossmon said.

Crossmon was strong from start to finish with nine strikeouts.

“I got most of them with my fastball but to the good hitters I threw off-speed pitches,” Crossmon said.

The bigger story than Crossmon’s nine punch outs was that Blanchard had seven.

Blanchard was overpowering when he defeated Proctor during the regular season, striking out 13 Phantoms in that game.

“We wanted to put the ball in play. We didn’t want to strike out as much,” Proctor coach Jeff Patch said. “The big focus in practice all week was not to strike out.”

The Proctor defense was shaky in the first inning, allowing the Mounties to grab a 2-0 lead without a base hit. Two infield errors and outfield error in the inning were costly as Mike Vitagliano and T.J. Euber crossed the plate.

But the Phantoms answered with two of their own in the home half of the inning. Cam Richardson and Bryson Bourn has base hits in the inning, Bourn knocking in Richardson with his. Cam Cannucci drew a walk and scored on a wild pitch.

It was MSJ’s defense collapsing in the bottom of the second. Two errors and a base hit by Lucas Merrill enabled the Phantoms to take a 4-2 lead. They led the rest of the way.

They kept building onto the lead, scoring one in the third, one in the fourth and another in the fifth for a 7-2 advantage.

The Mounties looked like they had the makings of a big inning in the fourth when Dom Valente led off the inning with a ground-rule double.

He was stranded at second as Crossmon got the next three hitters, the last two on strikeouts.

“Brennon is a bulldog,” Patch said.

The Mounties did push a run across in the sixth when Valente was hit by a pitch and scored on Vitagliano’s ground out.

Cannucci reached base all four times — a walk, on an error, on a dropped third strike and with his sharp single up the middle. He scored two runs.

The Mounties never quit. They scored twice in the seventh. Blanchard reached on an error, took second on a wild pitch and and was singled home by Braedon McKeighan. Blanchard scored on Grant Thurston’s ground out.

MSJ coach Mike Callahan gathered has players after the game and told them how proud he was of their accomplishments this season.

They had made baseball relevant at MSJ again, winning four of five down the stretch.

“This just wasn’t our day. It wasn’t meant to be,” Callahan said.

Callahan said the commitment in the offseason will be important to continuing the progress.

There is no offseason yet for the Phantoms. They are on the way to South Royalton for a semifinal game on Tuesday against top-seeded and unbeaten White River Valley. The No. 4 Phantoms will take an 8-5 record into that game.

“It’s nice to be in the semifinals again,” Patch said.

“We had a goal at the beginning of the year to get a home playoff game and to win it. We have done that. Everything else is gravy.”

The Phantoms had eight base hits but, more importantly, they put a lot of pressure on the MSJ defense by running at will.

“That has been our M.O. all year, to get on base and steal,” Patch said.

“And we put the ball in play, one through nine.”