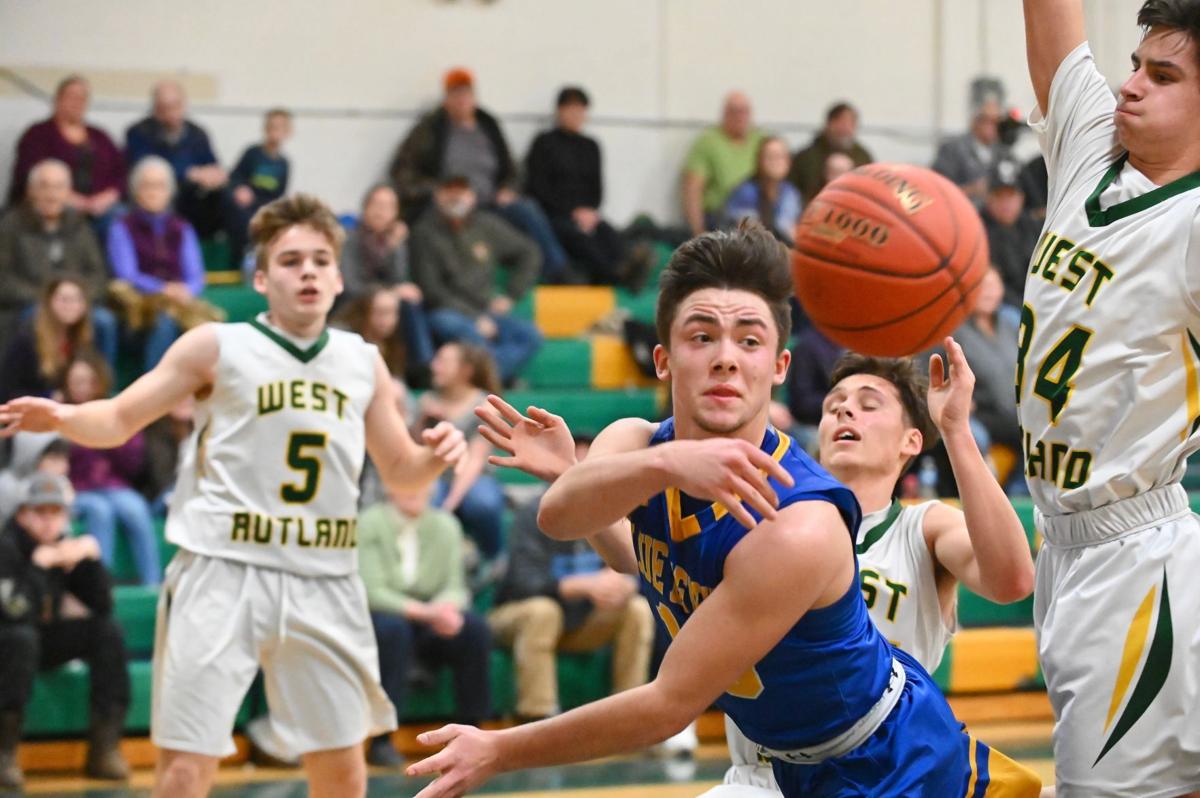 Poultney’s Levi Allen (10), makes a pass under the net after charging by West Rutland’s Levi Petit (34), and another defender during a matchup at West Rutland School. 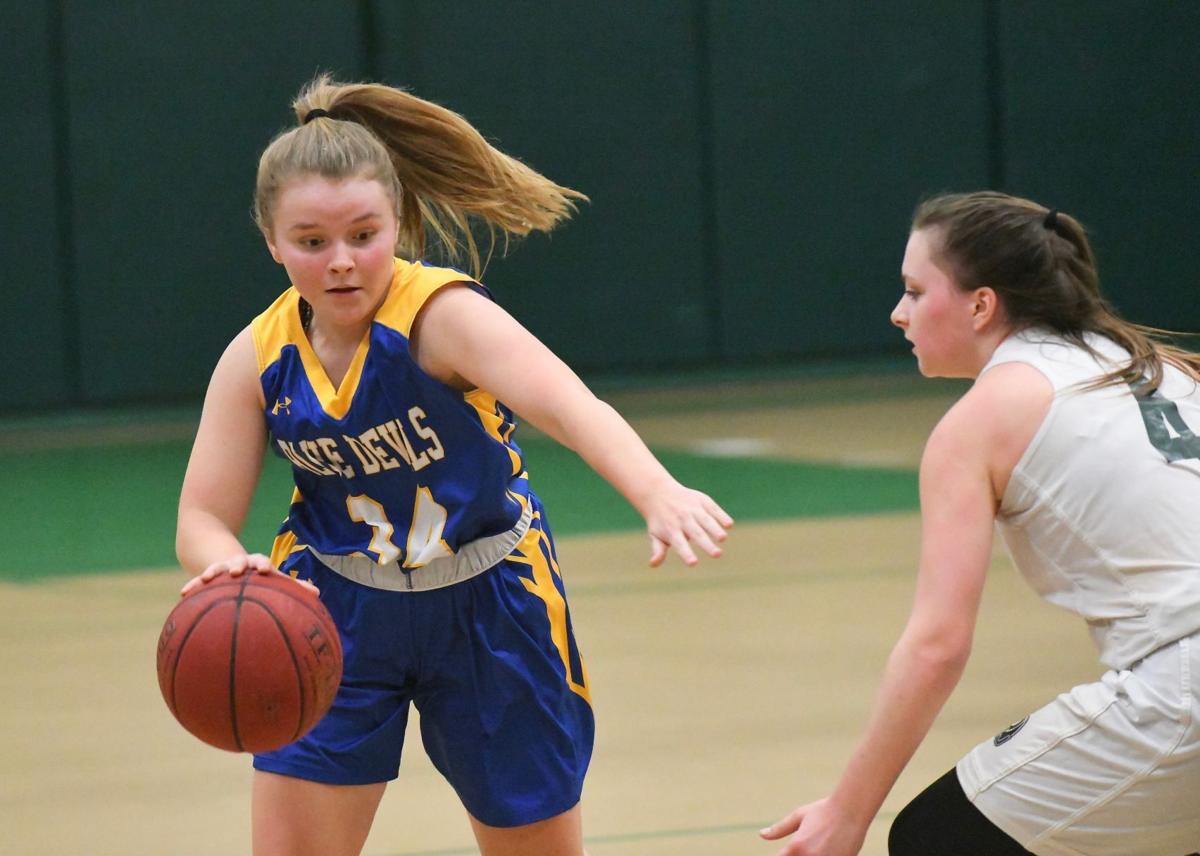 Poultney’s Levi Allen (10), makes a pass under the net after charging by West Rutland’s Levi Petit (34), and another defender during a matchup at West Rutland School.

With a convincing, 20-point win over Arlington on the hallowed hardwood of the Barre Auditorium, the Blue Devils were champions.

Fast forward a decade and you see a young, but hungry, Poultney team looking to continue its climb up the D-IV ladder.

Their male counterparts have been at that high level for a few years now, but after missing out on Barre for the first time in three seasons in 2020, the Blue Devil boys want to taste that success again.

Two years ago, the Blue Devils won just three games, and last year, they more than doubled it with seven.

Whether this season results in a better mark in the win-loss column is to be determined, but the talent base is there for Poultney to make a jump.

The Blue Devils lost a pair of seniors from last year’s 7-14 squad that fell to Mount St. Joseph in the a Division IV playdown last year.

One of those girls was Kassidy Mack who served as one Poultney’s offensive leaders, as a regular threat to score in double figures.

Despite that loss, Blue Devils coach Todd Hayes feels plenty confident that his team can fill the void.

“There’s something different about this team,” said Hayes, who enters his fourth year as Poultney coach. “We’re more athletic than we’ve ever been in my time here. We have some kids that put the ball in the hoop.”

The team remains pretty young. Grace Hayes is the Blue Devils’ lone senior and she will be a leader. Hayes and Mack were a dangerous scoring duo last season.

“Last year, we went as Grace and Kassidy went, but this year, will be different,” coach Hayes said.

Coach Hayes expects a lot from sophomores Emily Handley and Hannah Welch, who both saw significant minutes as freshmen.

“Emily got off to a slow start last winter, but she came on strong and had some really good games,” Hayes said.

Junior Marissa Holcomb is another girl that should have a key role.

“All the girls have improved a ton coming into the year,” Hayes said.

Hayes was excited to see how well the girls have played in early practices given how uncommon the offseason has been amid the pandemic. Poultney teams have been practicing since Dec. 28, but had their first limited contact practices on Monday, as the rest of the state did.

“They were happy to be out there,” Hayes said. “We’ve been scrimmaging a lot the last few days. It’s great because everyone has been cooped up.”

BOYSThe Poultney boys have gotten used to having a post pivot that they could always count on to clean up the glass.

Whether it was Heith Mason last year or Levi Haviland before him, size has never been an issue for the Blue Devils across their run of three straight winning seasons in D-IV.

This year will be a bit different.

The 6-foot-5 Mason graduated so that leaves senior Ryan Alt to play a critical role in the post.

Alt is plenty capable of handling himself inside, but can also step out and hit a mid-range jumper if need be.

Guard play won’t be a question mark for the Blue Devils. Poultney is loaded with guards that can make a difference.

“Those seniors are going to play big roles for us this season,” Coloutti said. “We’re going to much more guard-centric than we’ve been.”

Allen doesn’t have a ton of height, but he could step into the post if need be given his strength, according to Coloutti.

Marcus Lewis, Mason Boudreau and Lucas Milazzo are all guys that should see consistent minutes as well.

Like most teams across the state, getting contact practices going this week has been super exciting for Poultney.

“They’ve been chomping at the bit,” Coloutti said. “We don’t scrimmage a lot, but I’ve had them scrimmage more this week. It’s been good for them. They needed this. The camaraderie on the team has been great.”

The hope is that the go-ahead to play games is coming soon, but no matter how you slice it, this season will be different. Poultney is making the most of it.

“We’ve been focusing on letting the kids have fun,” Coloutti said. “They’ve had it rough this year and we know this could be taken away at any moment, so they’re enjoying it.”