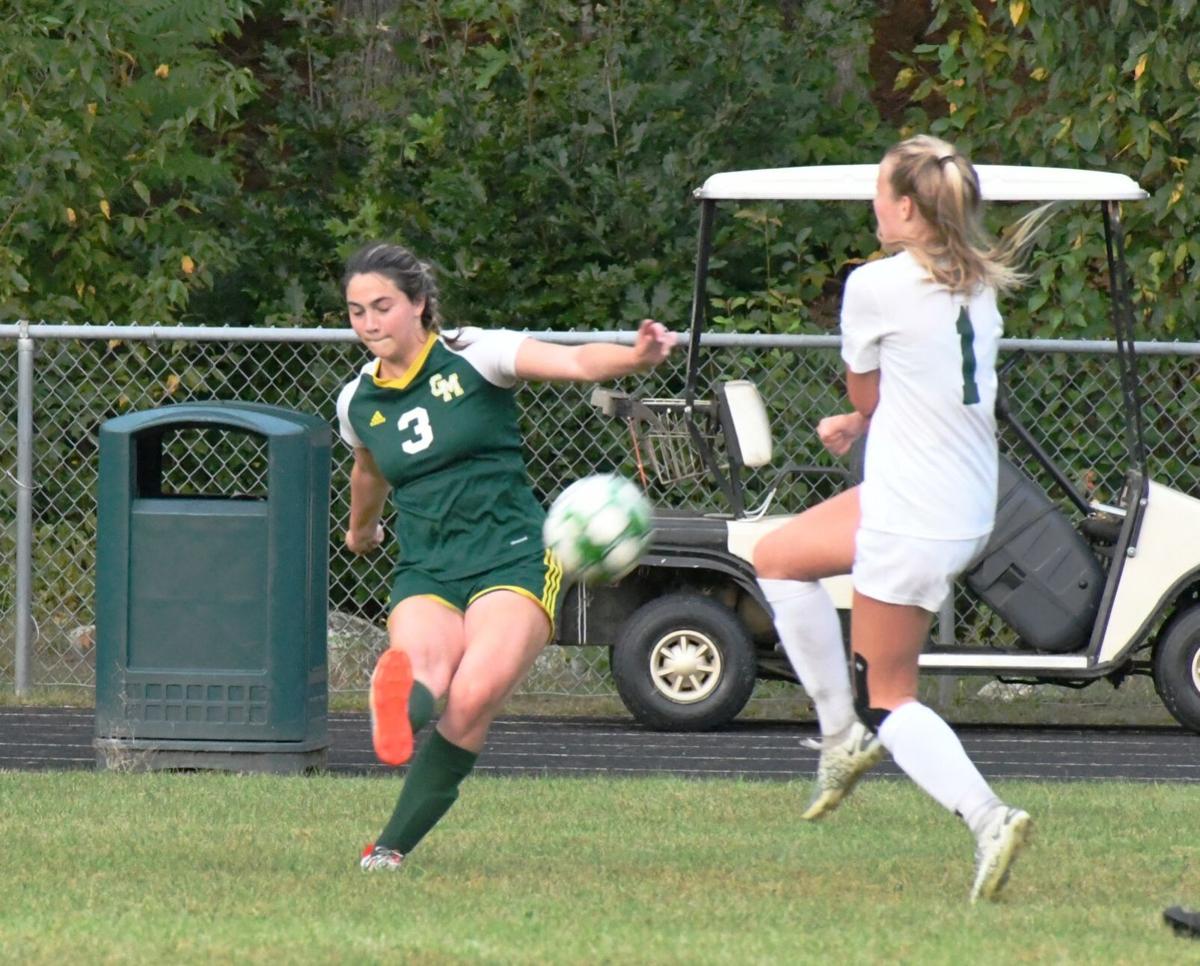 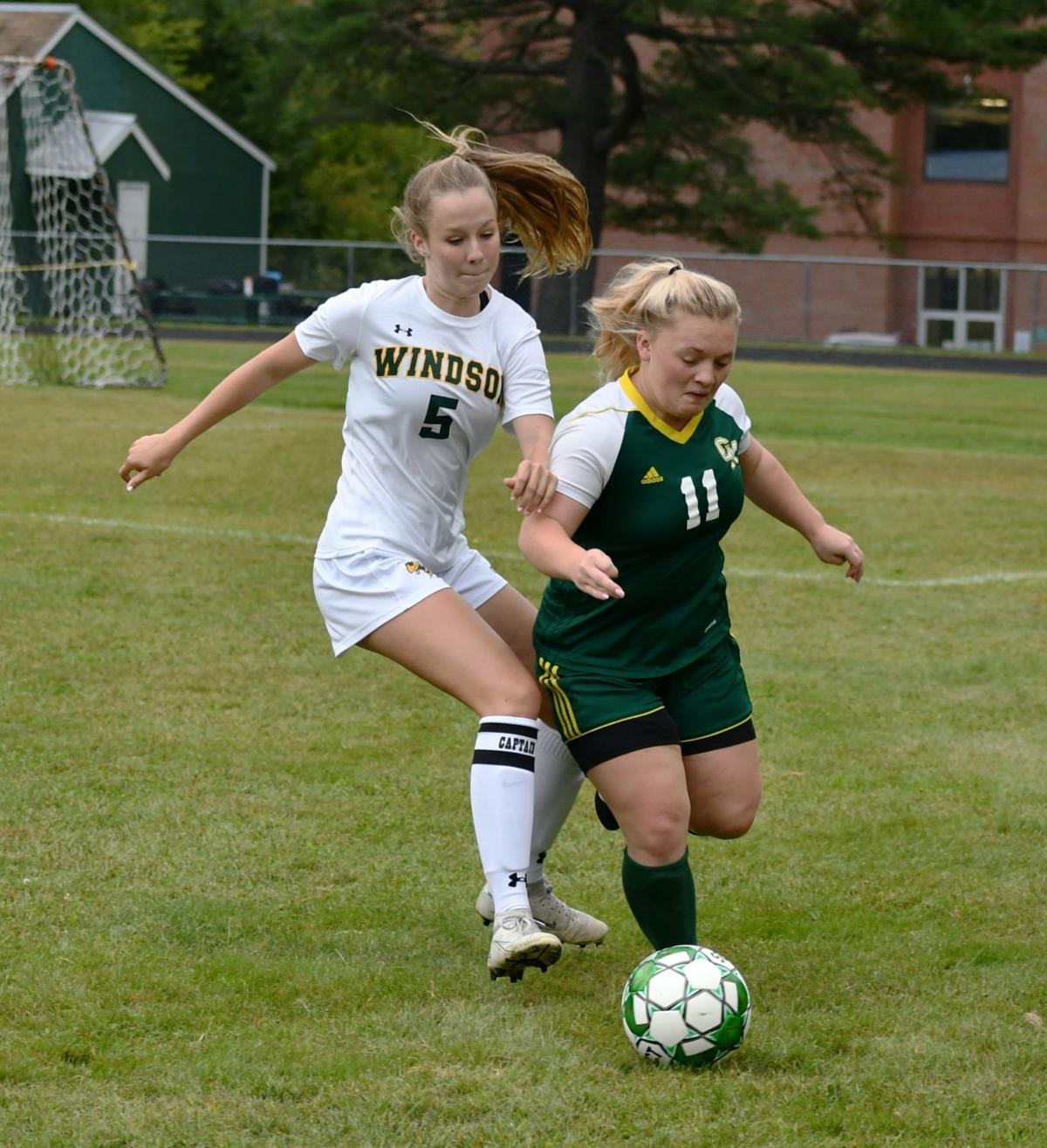 Paul had the game’s lone first half goal, before the Yellow Jackets knotted the score less than a minute into the second half on a goal from Elliot Rupp. Aubrey Rupp assisted on the goal.

Paul netted her second of the day with 35:18 to play on an assist from Kim Cummings and Cummings scored herself less than eight minutes later.

The same Rupp combination made the game interesting late with a goal, but the Chieftains held on.

NORTH CLARENDON — Stratton Mountain School is known for its skiing, but its soccer is strong too. The Bears beat Mill River 12-0 Tuesday afternoon.

“What they lack in soccer tactics, they make up in athleticism,” said Minutemen coach Shawn Bendig.

Mill River has been struggling with injuries recently. All-state keeper Malori Carlson has been dealing with a hip issue, causing her to miss some of Tuesday’s game and fellow captains Julia Deppert and Kyla Sheehe are dealing with ankle issues as well.

Alison Usher, Sierra Bryant and Casey Tifft were standouts for Mill River in the losing effort.

ARLINGTON — Poultney endured its first loss of the season, falling to Arlington 3-0 under the lights on Tuesday night.

Sidney Herrington scored twice for the Eagles and Maria O’Dea knocked in the other goal.

The Blue Devils (3-1) were without several players but they are expected back on Friday when the Devils host West Rutland at 5 p.m.

Hannah Webster slid into the goal in Kenzie Ezzo’s absence.

Corkum also had praise for freshman Emma Kelley who played the entire game in a new position, going up on top.

MANCHESTER — Freshman Sebastian Pell has a golf game beyond his years. He posted a 39, good for medalist honors, on the par-36 front nine at The Golf Club at Equinox Tuesday afternoon.

BBA’s Nick O’Donnell was the top golfer outside of Pell, shooting a 40.

On the girls side for Rutland, Kiauna Todd shot a 60 and Abagaill Hill shot a 68.

FAIRLEE — Otter Valley brought a trio of golfers to a match at Lake Morey Country Club on Tuesday.

Jordan Beayon had the best day of the three, shooting a 47 in the nine-hole action. Matt Bryant shot a 53 and Anna Lee shot 64.

The boys medalist was Hartford’s Joseph Barwood (36) and Thetford’s Maddie Mousley was the girls medalist (46).

WOODSTOCK — The Rutland field hockey team was competitive with Woodstock on Tuesday, but fell 2-0.

Hannah Gubbins and Norah Harper had the Wasps’ goals.

“We did better today and had some shots on goal,” said Ravens coach Karen Poljacik. “We’re seeing some improvement.”

The Spartans opened the scoring with 10:53 to play in the second quarter with Kendra Ballard scoring on a penalty corner. Dani Hand added on with 6:02 left in the half on an assist from Ryan Allen.

The third quarter went scoreless, before Queensbury added a goal from Alessia Simone assisted by Allen early in the fourth.

BBA got its lone goal with 5:19 to play on a goal by Katie Crabtree, assited by Tatum Sands and Perrin Marion.

“We were plagued with injuries on our defensive end today, but Jenna Parker and Bailey Gilliam stepped up and kept the energy high — and Mac Thuermer was a rock star in goal for us today,” said BBA coach Barb Miceli.

“We had great games from our three midfielders — Annabelle Gray, Cristina Gregory and Qwynn Humphrey. And on the front line, Katie Crabtree and Tatum Sands brought a super level of intensity to the game.”

The Patriots won the girls team competition ahead of the Minutemen and Long Trail.

MAU had the top two finishers in the boys race. Finn Payne came out on top with Brady Beaudoin in second.

The Patriots also won the boys team competition, with the Otters second.

The Cadets’ Joseph Thongsythavon opened the scoring on a breakaway in the 36th minute.

Castleton (1-3) is at Southern Maine on Saturday. Norwich (3-1) hosts Saint Joseph’s on Saturday.

CASTLETON — A goal apiece in the first and second quarters pushed Rensselaer Polytechnic Institute to a 2-0 win against Castleton University on Tuesday.

The Spartans (2-3) are at UMass Dartmouth on Friday.

Parker sunk four birdies through the 36 holes, before dropping a birdie on 18 to win the playoff.

Parker and Maurycy finished the tournament at 10-over ahead of the extra hole.

Williston Golf Club ran away with the Margaret Dick Cup with a score of 44-over, 46 strokes ahead of Ralph Myhre Golf Course.