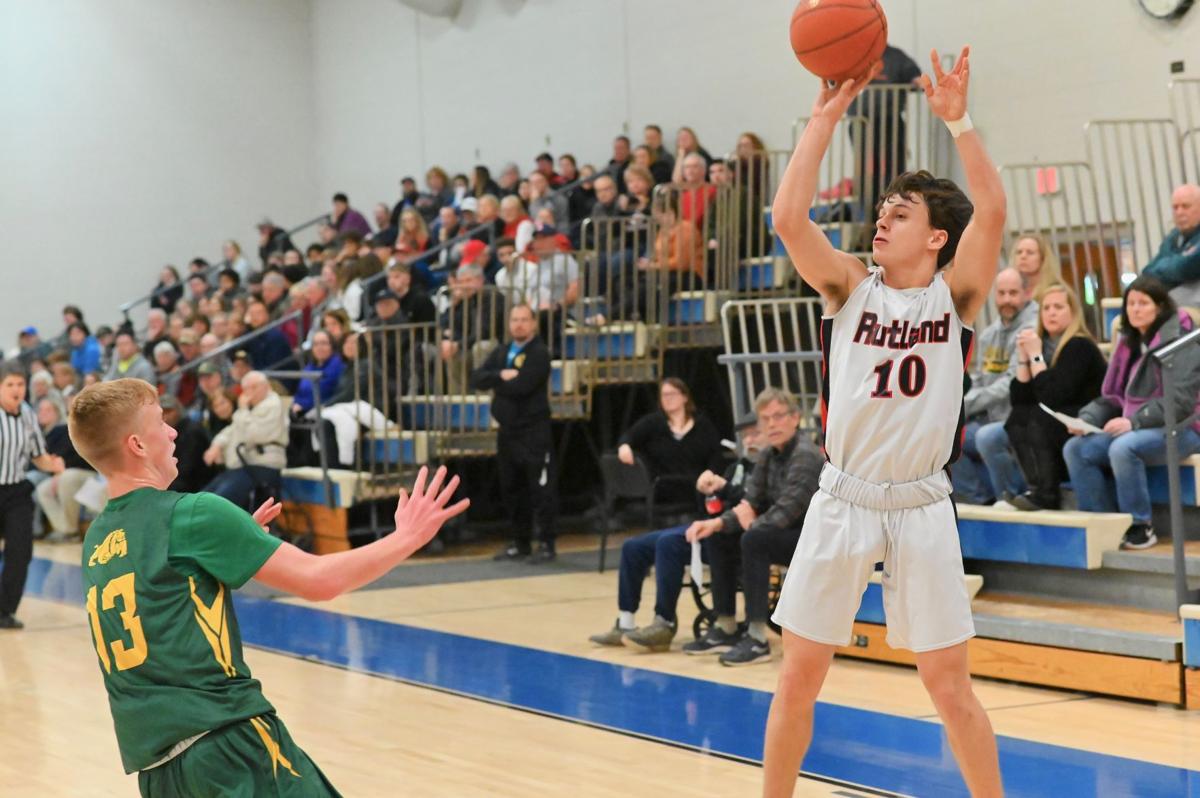 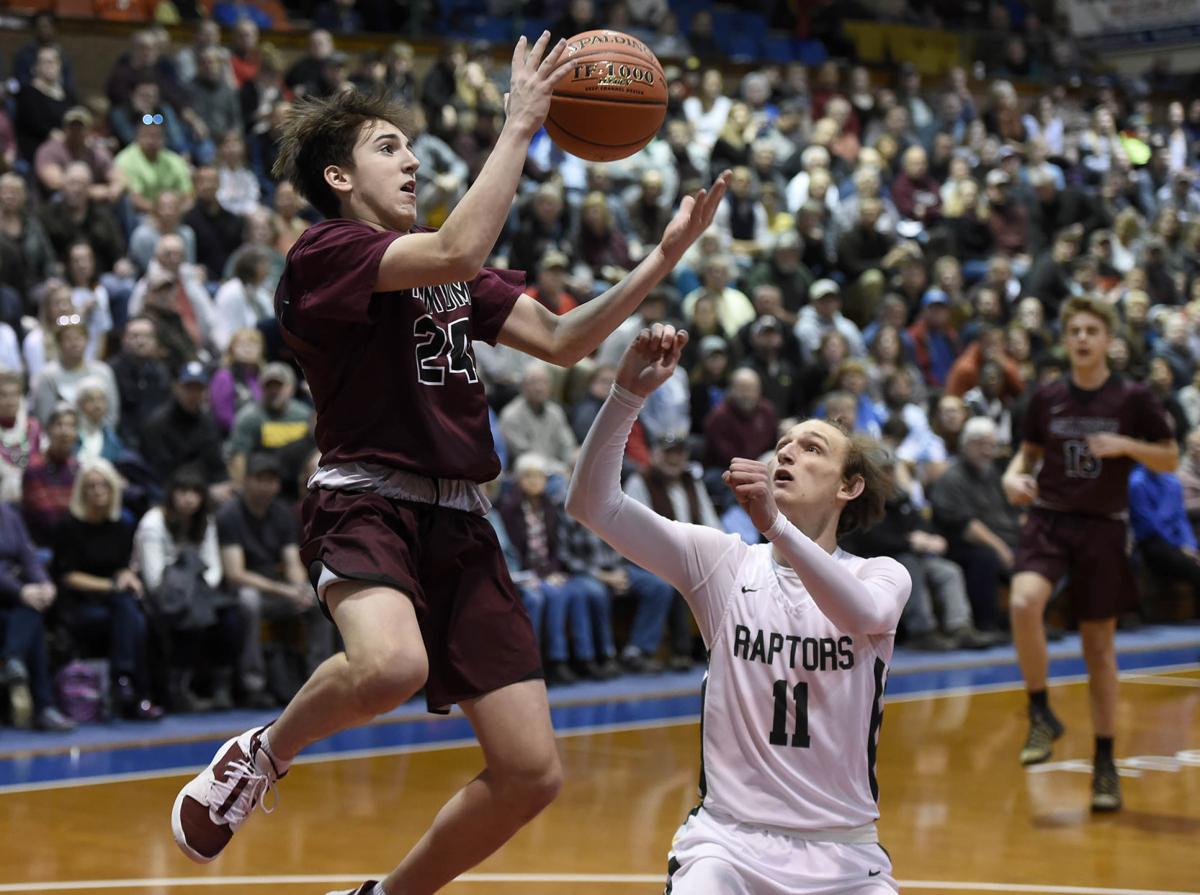 Proctor junior Conner McKearin dishes off in the lane as Rivendell senior Luke Senn defends during their semifinal game at the Barre Auditorium.

Proctor junior Conner McKearin dishes off in the lane as Rivendell senior Luke Senn defends during their semifinal game at the Barre Auditorium.

The Raiders’ Malik Hendrickson was a honorable mention. Colonels coach Jason Coplan was named the division’s Coach of the Year.

Fair Haven coach Bob Prenevost was named Coach of the Year, after leading his team to a Division II state title.

The Chieftains’ Ty Merrill was an honorable mention, while Raptors coach Ross Convertino was Coach of the Year.

Proctor coach Jake Eaton was the division’s Coach of the Year, after leading the Phantoms to the Division IV state title.

The Vermont Basketball Coaches Association announced its girls Dream Dozen, which highlights the best underclassman players in the state.

These players were supposed to be recognized at the annual VBCA all-star game at Windsor High School this weekend, but that was canceled due to COVID-19 concerns.