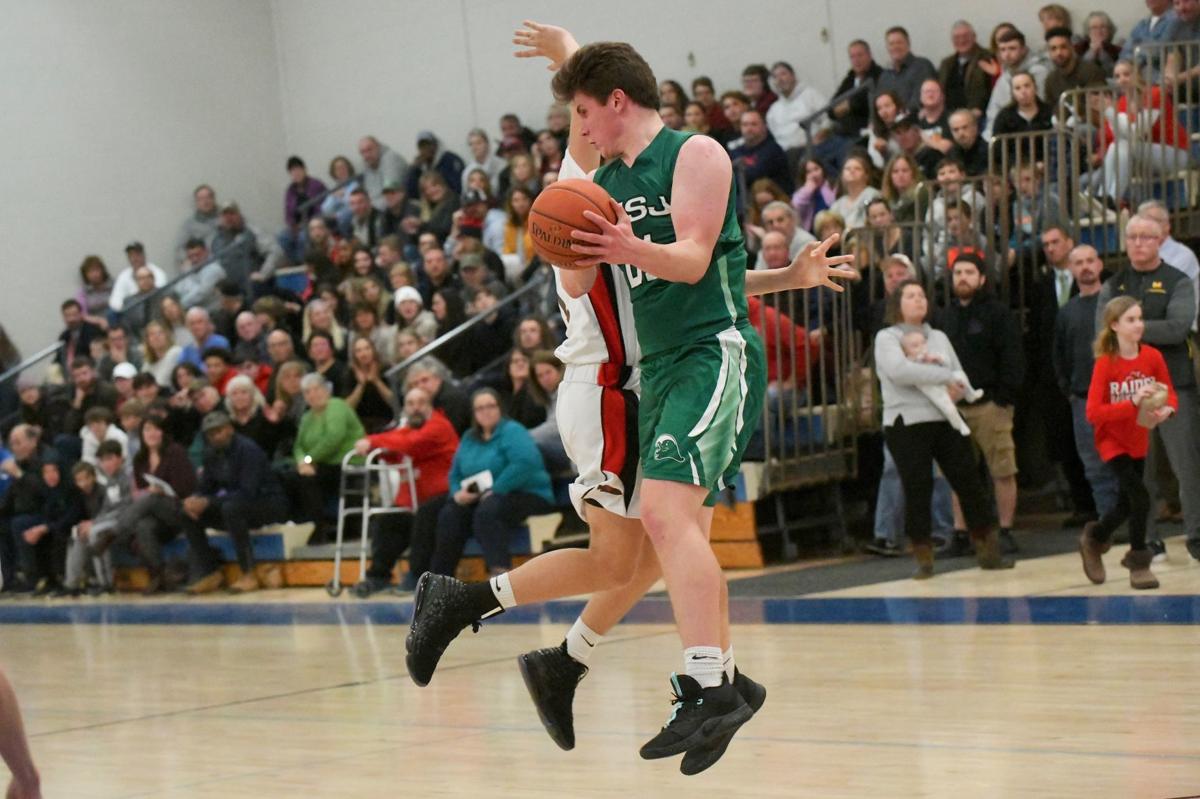 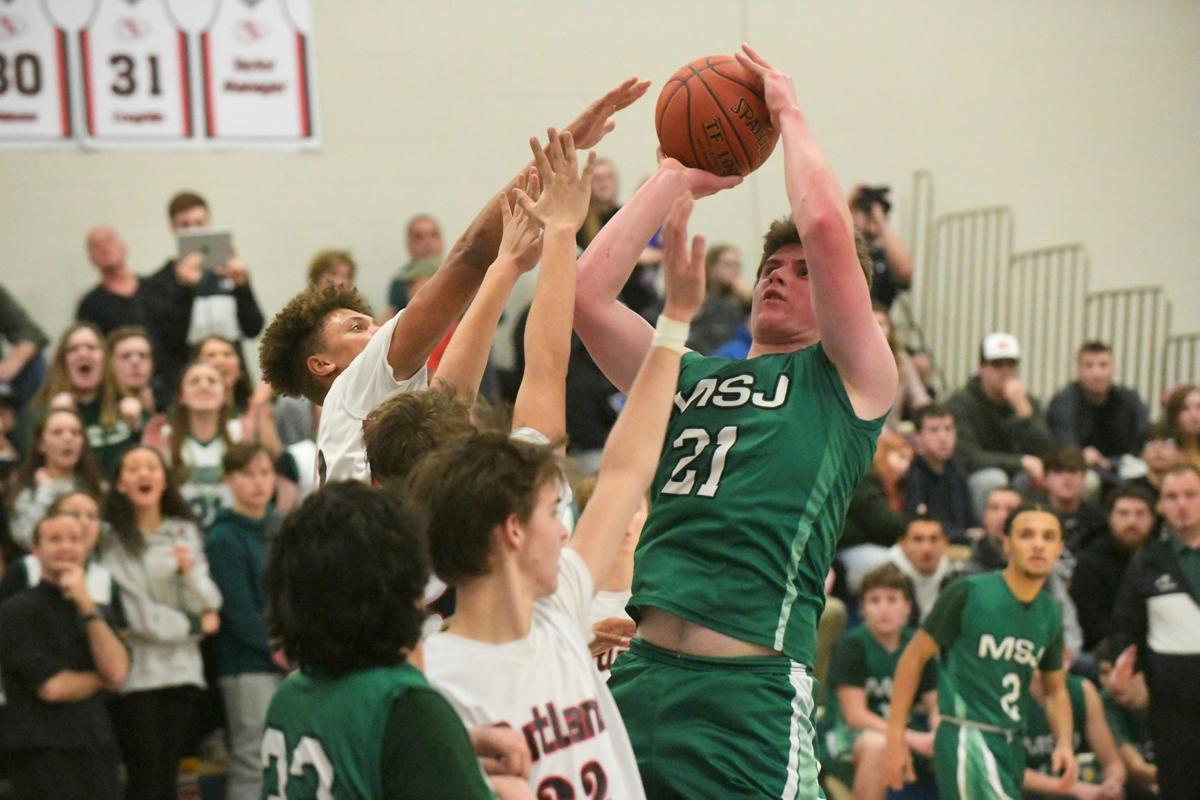 Mount Saint Joseph’s Jake Williams (21) takes a shot through a web of Rutland defenders during their Tuesday night matchup at College of St. Joseph. 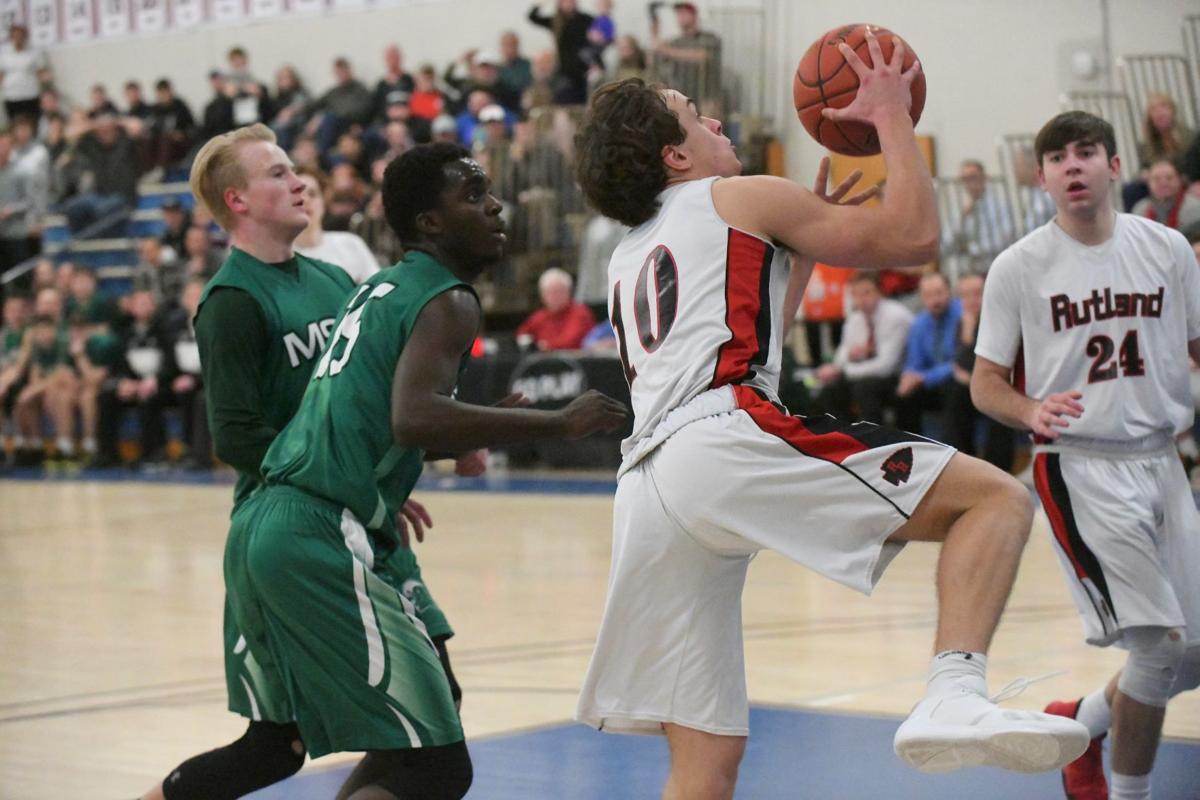 Rutland High School’s Evan Pockette (10) drives to the net during a matchup with MSJ at College of St. Joseph earlier in the season. 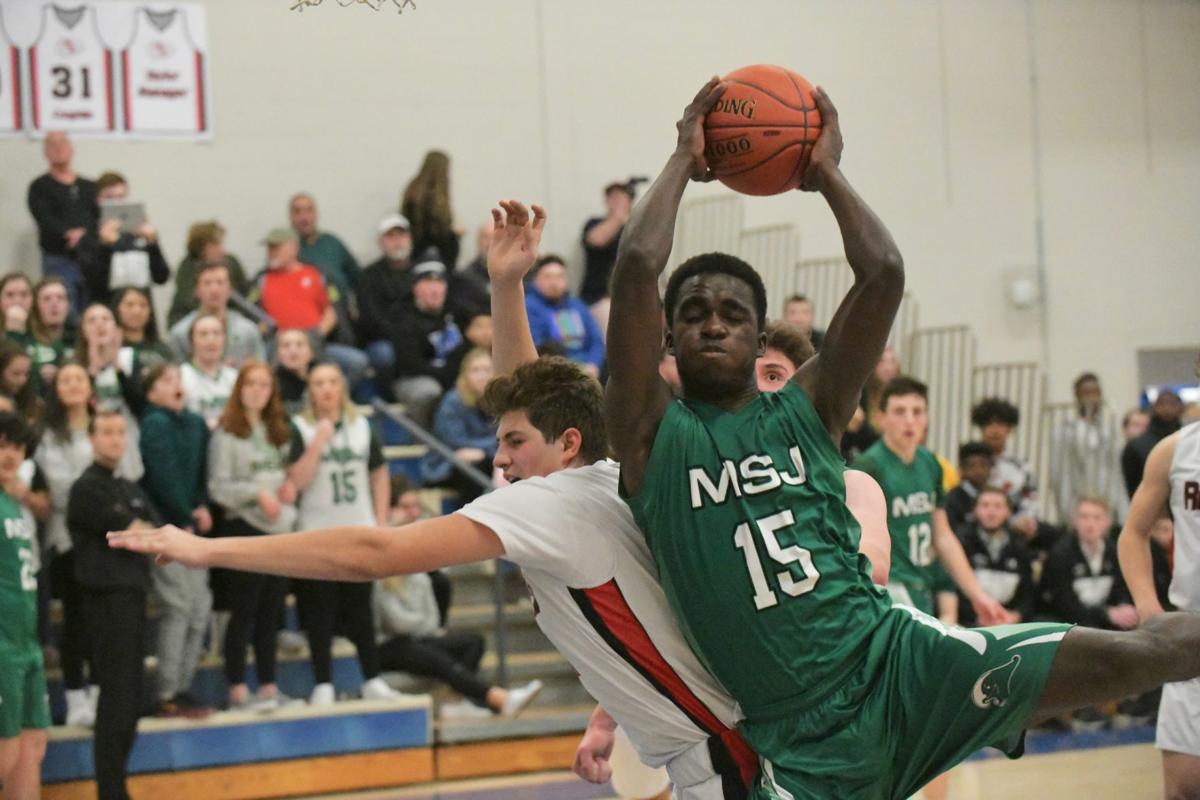 Mount Saint Joseph’s Jake Williams (21) takes a shot through a web of Rutland defenders during their Tuesday night matchup at College of St. Joseph.

Rutland High School’s Evan Pockette (10) drives to the net during a matchup with MSJ at College of St. Joseph earlier in the season.

The Rutland boys basketball team has a knack for playing close games.

All five of the Raiders’ previous games were decided by less than 10 points and Rutland found itself in another battle Tuesday night against rival Mount Saint Joseph.

For the second straight game, the Raiders handled pressure well down the stretch and pulled out a 47-43 win against MSJ.

“Hopefully, we don’t win all the close ones now and we don’t have anything left for later,” said Rutland coach Mike Wood. “We looked more settled at the end than during any other point in the game.”

The Raiders led by seven at the half, but the Mounties quickly narrowed the deficit.

MSJ fed the ball into 6-foot-5 Jake Williams and the big man went to work. Williams went on a 5-0 run of his own to cut the Rutland lead to two and he scored nine of the Mounties’ 12 points in the quarter.

With MSJ touting Williams and 6-foot-3 Dave Mecure on the block, the Mounties had a focus to get the ball inside and against the smaller Raider bigs.

Williams finished the day with 17 points and was a force in the rebound game.

“We wanted to get the ball inside. We wanted to make them have to switch,” said MSJ coach Chris Charbonneau. “My big guys did a phenomenal job today. Our guards did a good job getting them the ball.”

“We really struggled defensively to contain Jake. He really had his way down there,” Wood said. “We had help on the back side and we fronted. He did a nice job. He finished well around the basket.”

Evan Pockette responded for Rutland with a basket and a two 3s and the Raiders took a five-point lead into the fourth.

The Mounties continued to chip away in the fourth and got the Rutland lead down to a single point.

With the Rutland lead at three points and less than 10 seconds to play, Malik Hendrickson went to the line for a chance to ice the game.

The senior missed the first throw and missed the second as well, but MSJ was called for a lane violation. Hendrickson retook the free throw and knocked it down to put the game out of reach.

“We had some mental mistakes,” Charbonneau said. “We’re young and we have some guys that haven’t played a lot. There’s little things we can get better at, but those little things win basketball games.”

The game was tight throughout the first quarter with MSJ going on a 10-2 run to start and Rutland responding with an 8-0 run to knot the score.

With the game tied late in the first, Cole Blanchard knocked down a 3 to give MSJ a lead, but Pockette hit a 3 as time expired in the quarter to tie the game.

Rutland used a strong 3-point attack to take the momentum in the second quarter. Forward Noah Depoy stepped out and knocked down two 3s, while Pockette and Maddox Traynor had one apiece.

The Mounties struggled to keep up in the second due to misses at the foul line. MSJ went just 1-for-5 from the charity stripe in the frame.

The Mounties cleaned up their foul shooting late in the contest, but those early misses cost them dearly on the scoreboard.

“We have to do a much better job of hitting our free throws when they come around,” Charbonneau said. “Our big guys are decent free throw shooters, but we need them to be better than decent. They’re going to get fouled a lot, especially in the state of Vermont.”

In the winning effort, Wood cited some areas his team can work on, such as attacking the basket and capitalizing offensively after getting stops.

It’s a growth period for Rutland and Wood knows his team will have its ups and downs.

“We weathered the storm and showed some composure,” Wood said. “We had a couple six or seven-point leads that I thought maybe we could extend it from there, but we missed a lot of shots. If you’re going to put teams away, you’re going to have to make stops and capitalize on the other end.”

MSJ drops to 3-4 and hosts Mount Anthony on Friday. The Raiders are back in action on Friday at Burlington.