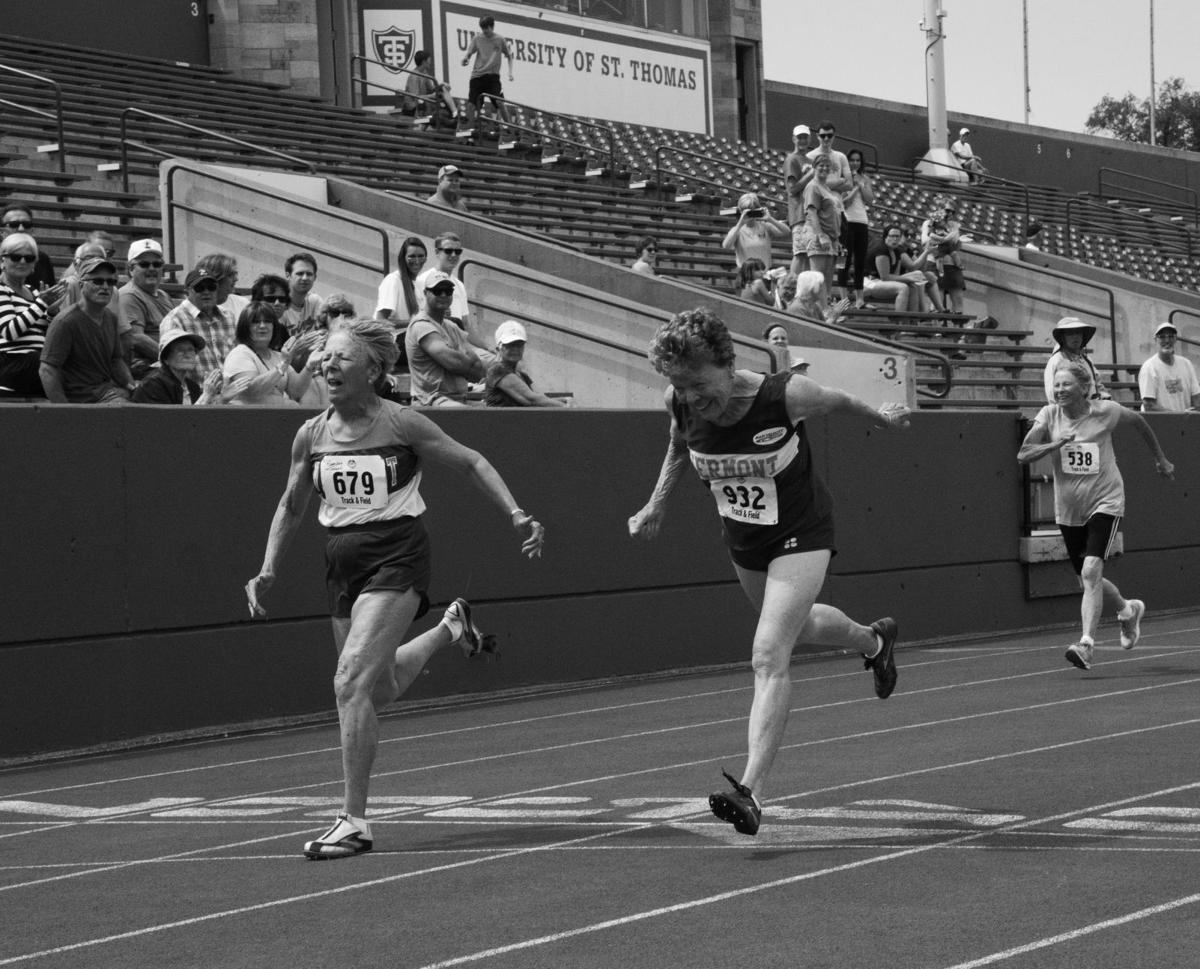 Barbara Jordan, left, crosses the finish line during a race in the Senior Games. 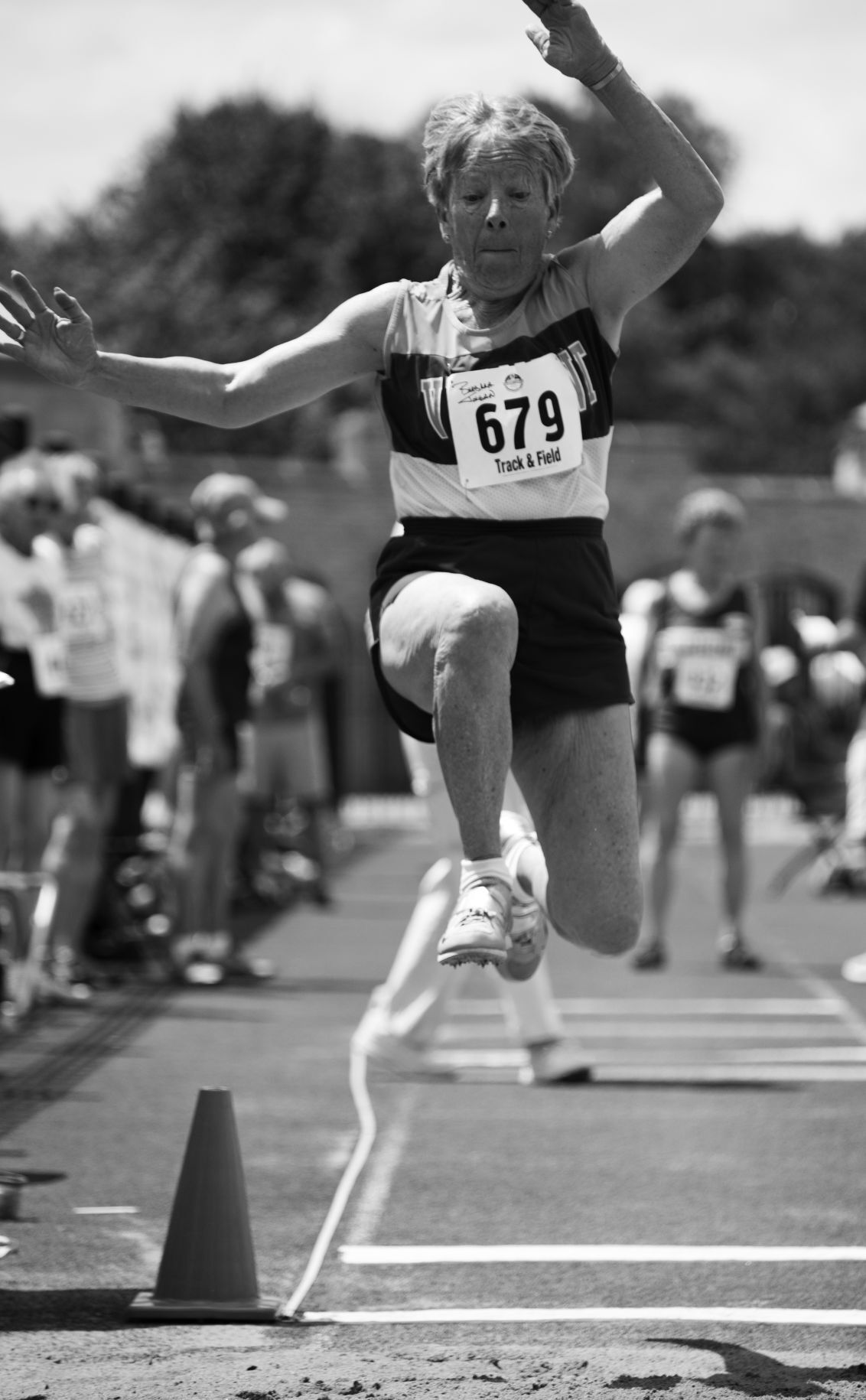 Barbara Jordan competes in the long jump at the Senior Games.

Barbara Jordan, left, crosses the finish line during a race in the Senior Games.

Barbara Jordan competes in the long jump at the Senior Games.

Women watch granddaughters compete in high school varsity athletic events and wonder what could have been. What would the experience have been like if they had not been born before Title IX legislation that gave females the same opportunities as males in the athletic arena?

Barbara Jordan was one of those born too early to compete in athletics while growing up in New Jersey. Few have made up for lost time quite like Jordan. She became a serious athlete for the first time at age 55. She struck gold at her first Senior Games in 1993, winning the high jump event in Baton Rouge, Louisiana. She had found her passion.

“When the Senior Games came along, it was an opportunity for her to be an athlete,” said her son Glenn, a sportswriter at the Portland Press Herald in Maine.

Glenn just recently learned that the track and field competition for the Senior Games will now be called The Barbara Jordan Track and Field Championships. That event will be held June 19 at Burlington High School.

Glenn’s son Nat sent him the link that let him know the event will be named for Barbara.

Barbara Jordan died in November of 2020 but her name will live on with this annual event, something that was such a huge piece of her life.

“She was wholeheartedly into it — the training, exercise and nutrition,” Glenn said. “She loved doing it. She loved traveling all over the place and competing in all these events.

“She didn’t like the longer events. The 200 was about the longest. She was more about speed.

“She liked the high jump but after she cracked a rib on the bar, she gave that up.”

She also was injured in the hurdles, necessitating surgery, but resumed competing in that event.

“She was tough as nails,” Glenn said.

Jordan sometimes thinks about how wonderful it would have been for his mother to have had the opportunity to compete in high school athletics or to be a serious athlete at Springfield College.

“It would have been neat, but maybe not having athletics that early made her appreciate it even more,” he said. Barbara had always been very active even before becoming a competitive athlete. She coached the South Burlington High School gymnastics team to a couple of state championships. She coached the precision dance team that performed at halftime of her husband Paul’s team’s football games.

She also taught physical education classes at the University of Vermont.

“She was always much aware of health and wellness,” Glenn said.

It was in that same meet that she helped a relay team set a national mark in the 4x100 relay.She was inducted into six Halls of Fame — Springfield College, South Burlington High School, Fairlawn (New Jersey), the USA Track & Field Masters, the Vermont Senior Games and the New England 65-plus Runners Club.

She and Paul were the pulse of South Burlington High School for years. Her gymnastics team was winning state crowns for the school and Paul’s football team brought home five state football titles.

Family was always important. When grandchildren came along, she would take them to the track while she trained, adjusting the hurdles low enough for the little ones to negotiate them.

“We have some cute pictures of our 4-year-old sons (twins Nat and Jacob) going over the hurdles,” Glenn said.

Grandchildren often have their own pet name for their grandmother. Barbara was called Mimi.

The big day on June 9, when the first annual Barbara Jordan Track and Field Championships will go off at Burlington High School will be special for the Jordan family.

The name of the meet will have a nice sound to it for all members of the the family.

Barbara would have loved the ring to it, also. Nearly as much as the sweet sound of Mimi.