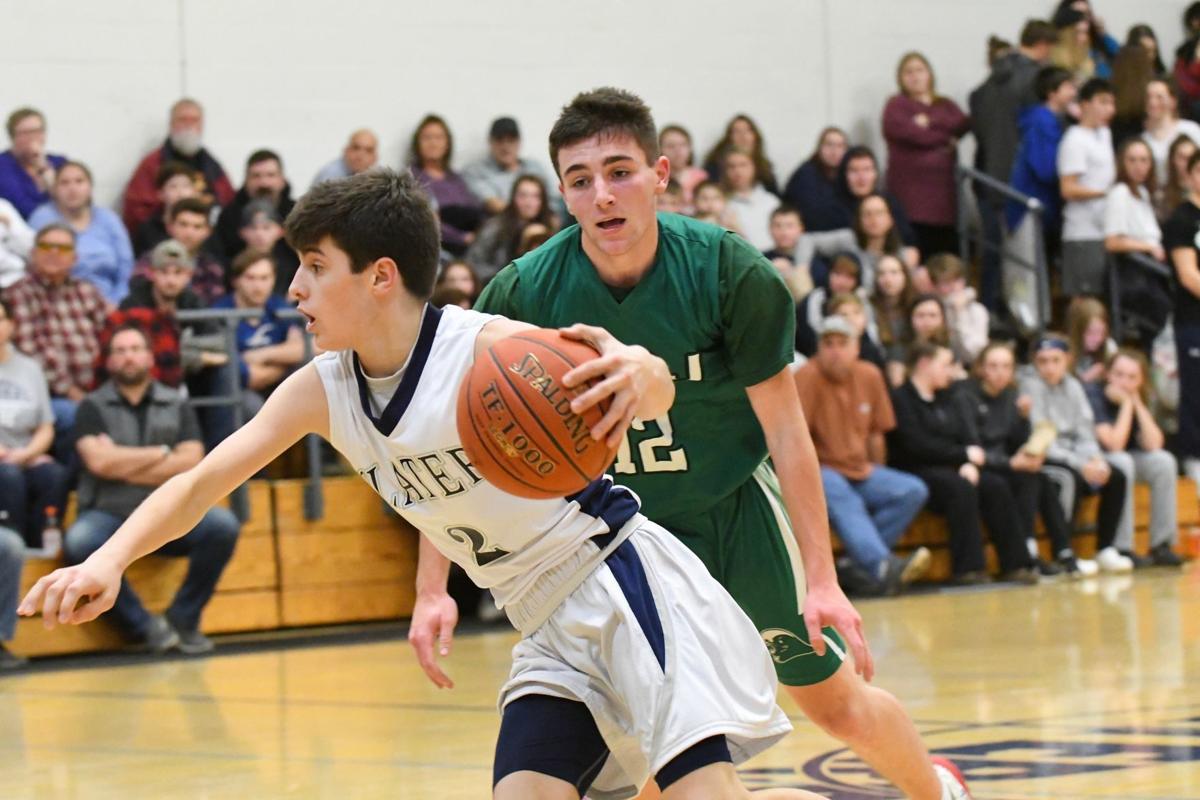 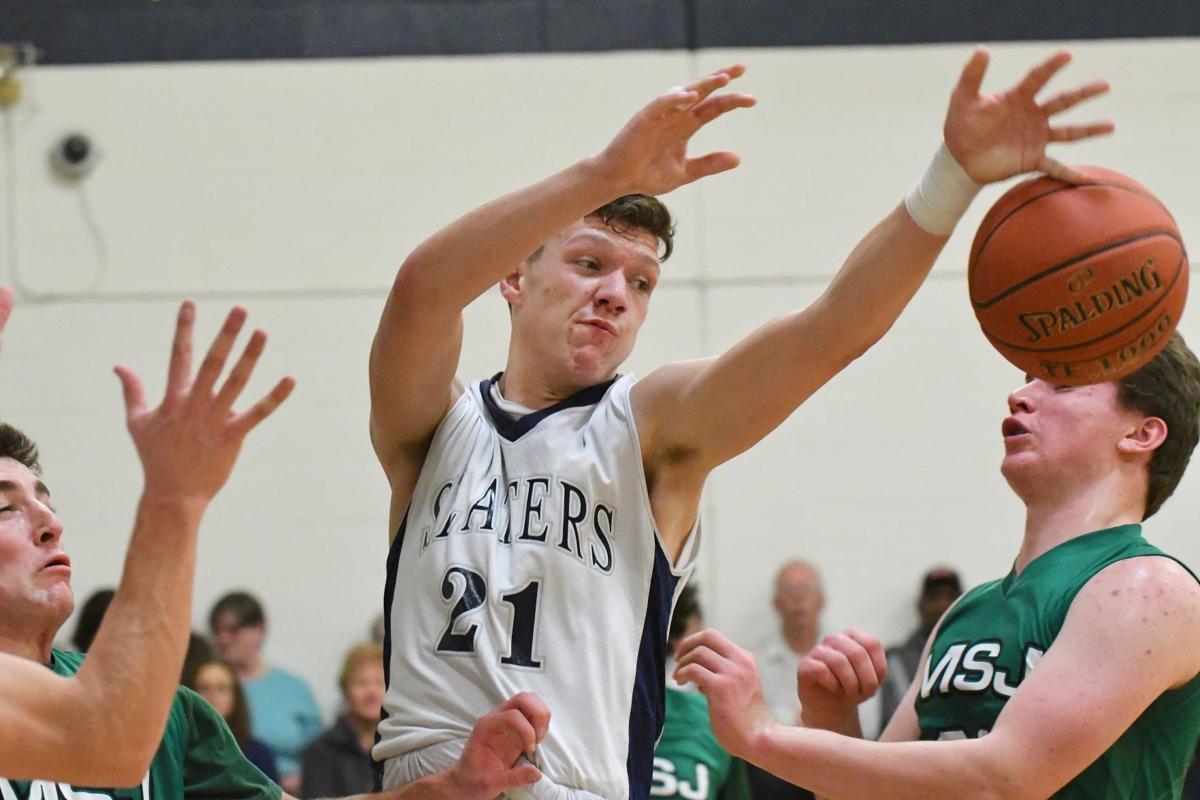 But Fair Haven coach Bob Prenevost learned his team can get by without its bread-and-butter transition game in a 54-43 victory in a big Southern Vermont League matchup Monday.

Two minutes into play Fair Haven led 9-0 and had the transition game in gear to the delight of their faithful fans.

That was just about it for the running game. Six transition points for a running game that routinely racks ‘em up by the dozens.

Instead, MSJ handled pressure and choked off the transition, answered with a 9-0 spurt of its own and the game was on until then Slaters finally seized the lead for good by halftime.

Fair Haven also learned it has an effective halfcourt offense in a pinch and that guided the Slaters to their ninth straight win.

“We haven’t had to do that all year,” Prenevost said. “In our half court sets we got some good looks but their size present problems. They’re going to beat some people down the road.”

Zack Ellis led the Slaters with 15 points, with Aubrey Ramey and Sawyer Ramey adding 12 and 11, respectively.

“Joey has been on a mission the last month,” said Slaters assistant Luke Vadnais.

Jake Williams had 17 points and 12 rebounds for 3-5 MSJ and frontcourt mate Dave Mecure added nine. They were also a formidable obstacle to overcome in the halfcourt attack, ranging around to block or alter shots.

MSJ did everything right to make this a game where the outcome was in doubt until midway through the fourth period when MSJ was forced to chuck up treys, but in vain.

It was still a step forward for 3-5 MSJ which was beaten up by graduation.

“We know now we can play with anybody and we just have to be the best we are at game 21,” Charbonneau said. “My guys worked their tails off.”

MSJ played at its pace and might be the first Slaters opponent to make that claim. What’s more, the Mounties made Fair Haven play at their pace. But the ability of Sawyer Ramey, Kohlby Murray and Ellis to take the ball deep and pass and shoot in traffic guided the Slaters much of the night.

Williams’ presence in the post was the centerpiece of an MSJ offense, which, early in the season, didn’t ask him to do too much. But the broad-shouldered, 6-foot-5 sophomore has accelerated his development.

“Jacob Williams has played awesome all year,” Charbonneau said. “He’s staying after practice to work on whatever you want and he deserves everything he gets.”

Two Williams stickbacks for MSJ going and with a Keegan Chadburn trey the Mounties came from 9-0 down to forge a 16-all tie after one.

MSJ had the lead briefly in the second and trailed 27-25 before a four-point Slaters possession. Gannon was fouled while shooting on a pla,y which devolved into a brief scuffle resulting in an MSJ technical foul.

Gannon made his two foul shots and Murray two more for a 31-25 halftime lead.

Fair Haven led 43-35 through three and then stood up toa potential MSJ rally. Ellis and Aubrey Ramey answered big MSJ buckets with 3s.After Chadburn cut it to 48-41 with a pull-up jumper, Aubrey Ramey hit a trey and the senior’s freshman brother made the next big play. Sawyer Ramey stole the ball at the defensive end, then made a sparkling pass to set up a crowd-pleasing reverse layup by Ellis to pump the lead to 53-41.

Midway through the fourth the Slaters worked the clock to seal up the victory.

The Mounties will visit Mill River Thursday in an other matchup of Rutland County D-II teams. MSJ beat the Minutemen in last year’s semis.

The Slaters will host Springfield on Friday.

The Slaters host Springfield on Friday.