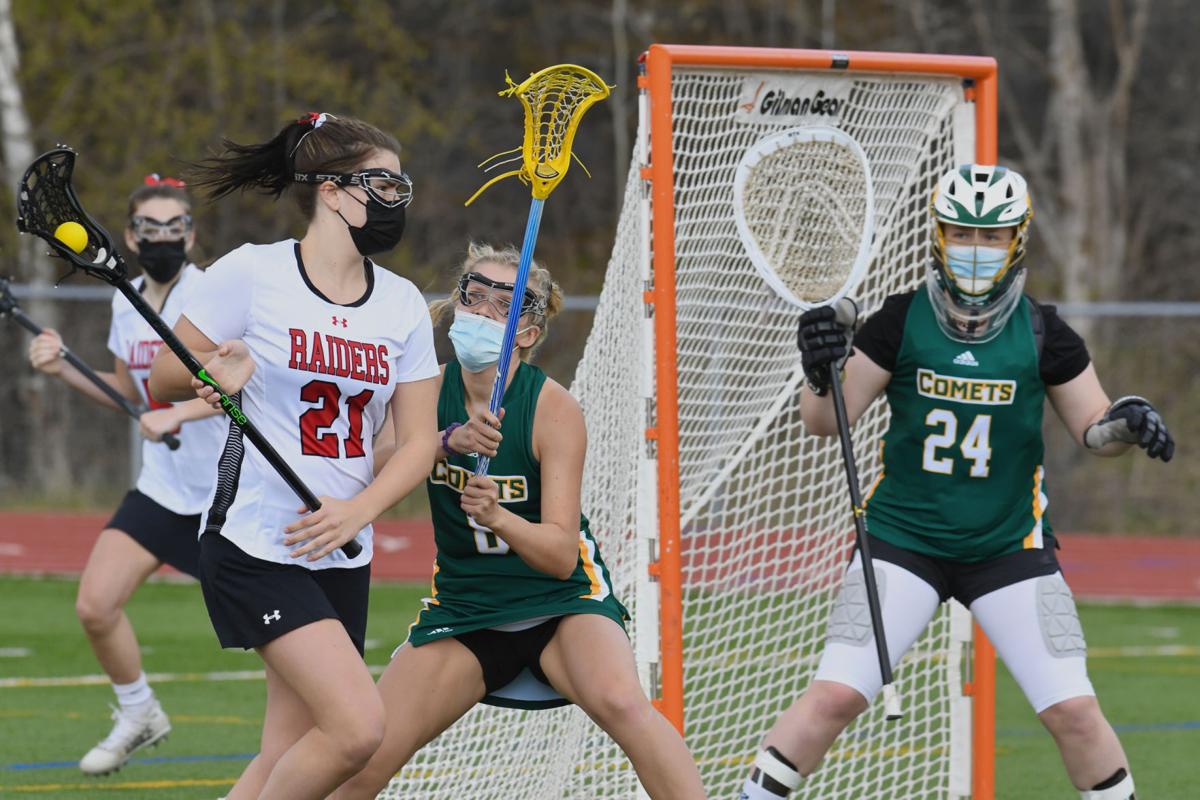 Rutland’s Kathryn Moore (21, left) readies to take a shot on goal in the first half as she is defended by the Comets’ Margot Collins (8, center) and goalie Ayla Shea during a matchup at Alumni Field in Rutland. 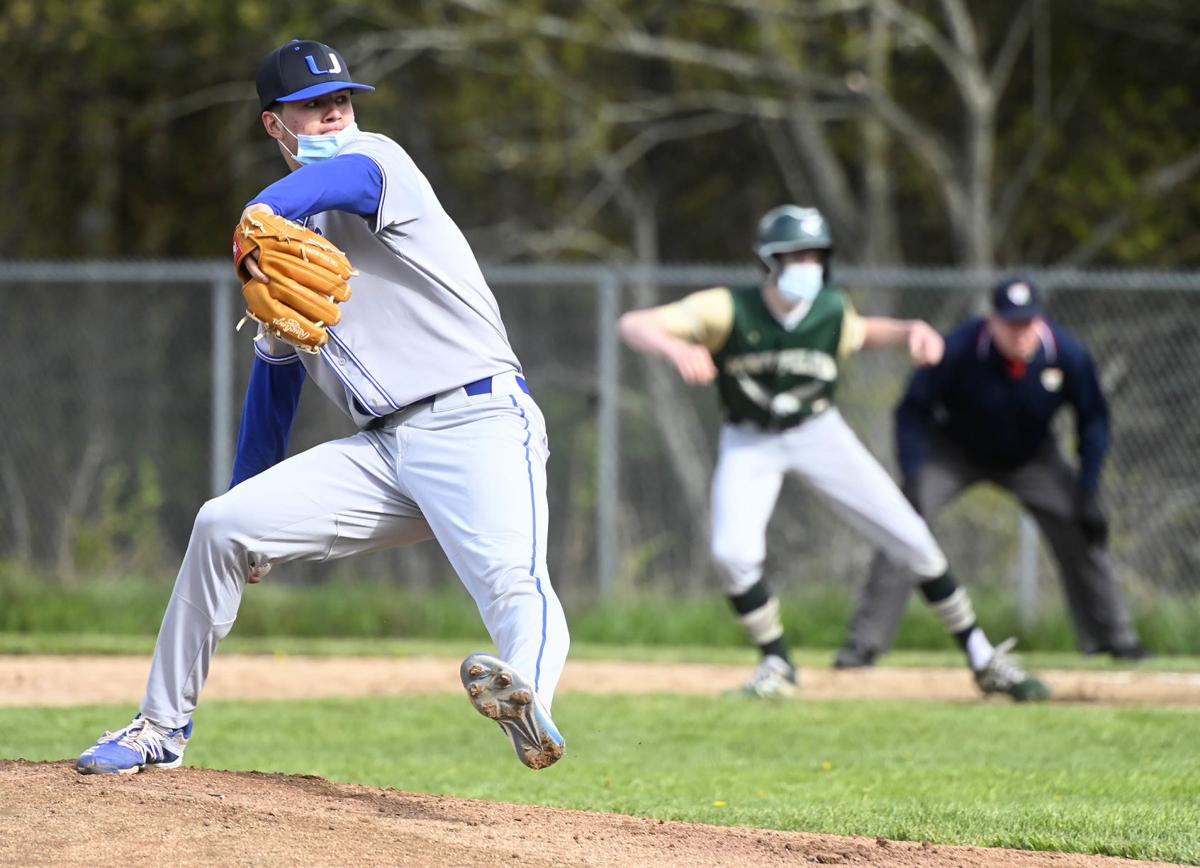 U-32 senior Owen Kellington fires a pitch in the first inning of his team’s baseball game against Montpelier.

Rutland’s Kathryn Moore (21, left) readies to take a shot on goal in the first half as she is defended by the Comets’ Margot Collins (8, center) and goalie Ayla Shea during a matchup at Alumni Field in Rutland.

U-32 senior Owen Kellington fires a pitch in the first inning of his team’s baseball game against Montpelier.

It all comes down this. This one’s for all the marbles. Insert whatever cliche floats your boat, but it’s championship week and teams across the state are trying to reach the pinnacle.

Let’s take a look at a storyline in each sport that catches my eye heading into this final week of spring sports.

BaseballThe Division II tournament really intrigues me. You have four teams that I think legitimately have a good shot at a state championship and each has their claim to the crown.

With No. 1 Hartford and No. 5 U-32, who square off on Wednesday under the lights of Maxfield Sports Complex, you have elite pitching. The Canes have their ace of Alex Bushway, while the Raiders have Owen Kellington.

In the other matchup, you have two high-powered offenses. No. 2 Spaulding has had one of the top offensive attacks in the state regardless of division and is in search of its first state title in more than 50 years and No. 3 Enosburg has scored 23 runs through two playoff games.

Both matchups are strength against strength, so who wins out?

There are loads of fun semifinal matchups, but how about rematches of the last two state championship games in the Division I softball semifinals.

No. 1 Mount Anthony and No. 4 Essex played each other three times in a row with a state title on the line from 2016 to 2018 and they meet for the first time in the playoffs since that 2018 final in this year’s semis on Tuesday.

The time is now for MAU to dispel all the talk about its schedule.

The other matchup pits the two teams in the 2019 final, No. 2 BFA-St. Albans and No. 3 Missisquoi, against each other.

I’m going to lump both boys and girls lacrosse together here because both have a similar storyline at play in Division I.

The Bulldogs have a massive challenge to make a return trip to the final against a Woodstock team that holds a win against the Redhawks this year. CVU, the seven-time defending D-I champions, has made that game its second home over the last decade, but rival Essex would love to stun them on Tuesday.

Similarly, the combatants in the 2019 girls lacrosse final, No. 1 Burr and Burton and No. 2 South Burlington, are still alive this year. When they met in 2019, the Wolves finished off an undefeated season.

BBA has to get through No. 4 BFA-St. Albans to get to the final. South Burlington has to beat No. 3 Rutland to do so.

That will be no easy task. Talking with some of the Ravens, they have revenge on the mind from an earlier season loss to the Wolves and a one-goal semifinal loss in 2019.

Rutland is the lone southern Vermont team remaining, along with three northern powers.

The No. 2 seed Ravens matchup against fellow one-loss South Burlington on Tuesday represents their biggest test yet.

Rutland has passed every challenge so far, led by No. 1 singles player Olivia Shipley and a strong group behind her. The Ravens will hope they get over this final hurdle to get a chance at a title.

The Seahorses last went undefeated in 2005, where they were 15-0 and beat South Burlington to lock up the title.

Burlington’s semifinal against Middlebury was on Monday, after this story was completed, but if they got through that one, there would only be one more hurdle to perfection.

After this story was completed, Montpelier and CVU squared off in a 2019 girls Ultimate championship rematch on Monday with a spot in this year’s final on the line.

The Solon girls were joined by their male counterparts as the first state champions crowned in the sport in 2019.

The Montpelier boys were knocked out of the 2021 tournament last week, but the Solon girls came into Monday undefeated.

The girls Ultimate championship is set for Thursday in South Burlington.