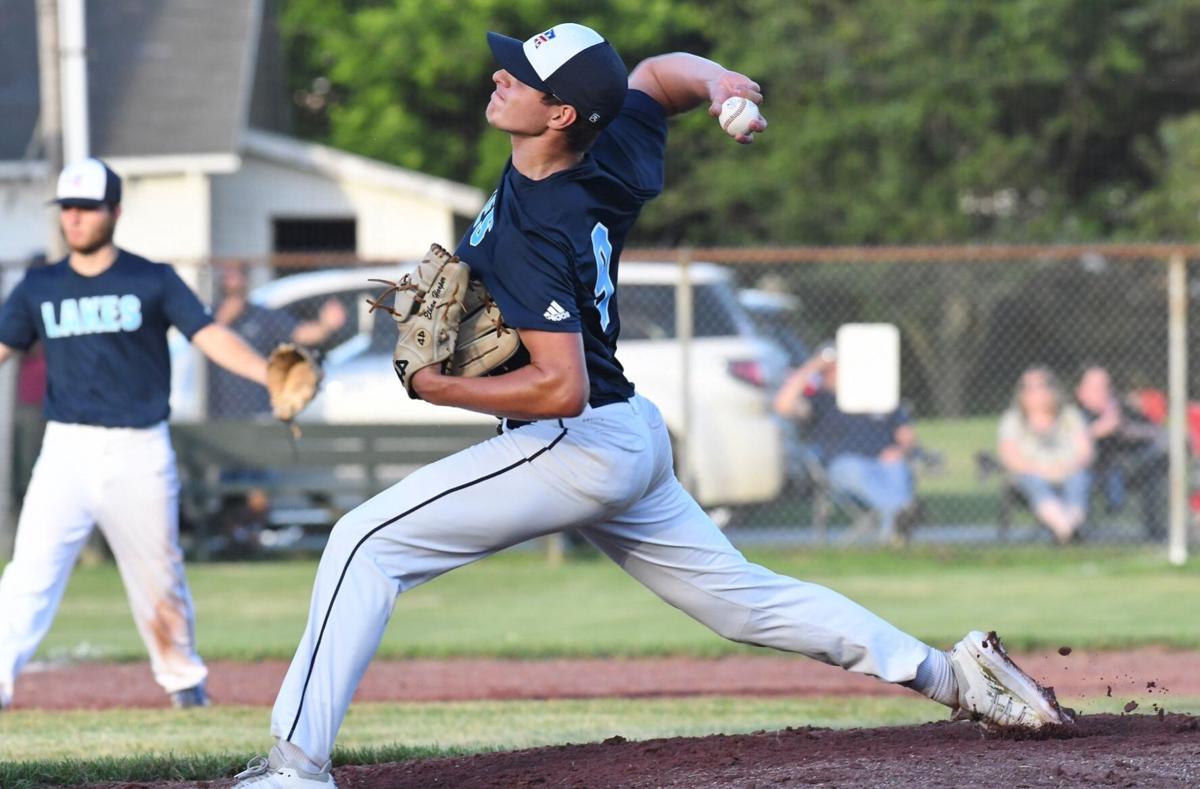 Lakes Region starting pitcher Aubrey Ramey (9) fires a pitch during their matchup with Rutland at St. Peter’s Field this summer. 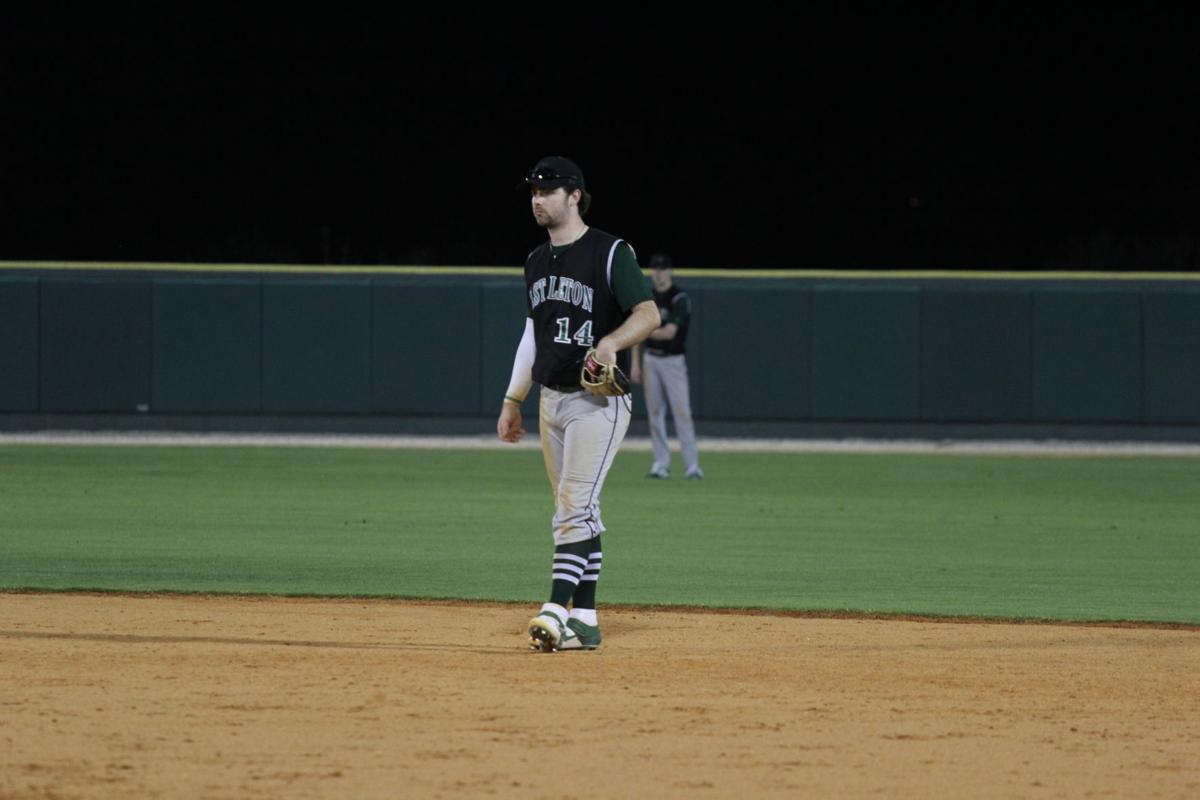 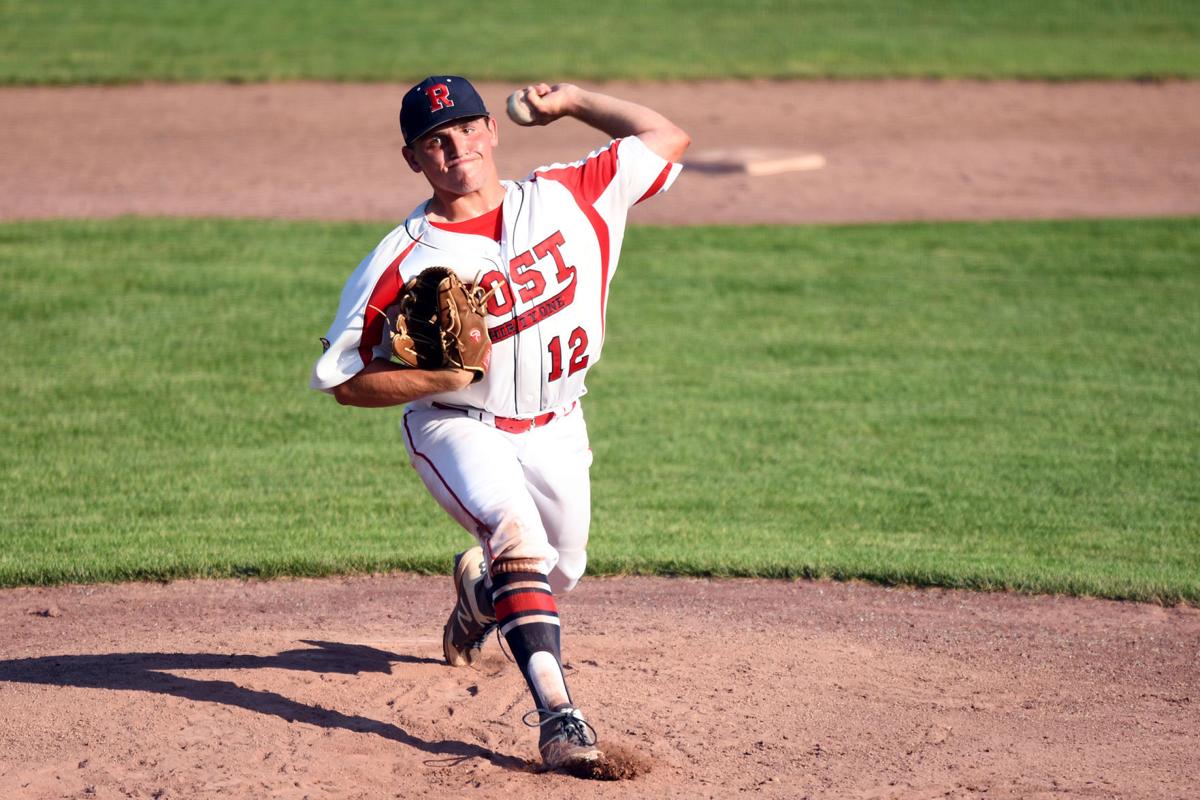 Rutland Post 31’s Josh Beayon, serves a pitch to Brattleboro during an American Legion baseball game on St. Peter’s Field in Rutland in 2019

Lakes Region starting pitcher Aubrey Ramey (9) fires a pitch during their matchup with Rutland at St. Peter’s Field this summer.

Rutland Post 31’s Josh Beayon, serves a pitch to Brattleboro during an American Legion baseball game on St. Peter’s Field in Rutland in 2019

Vermont is not known for producing college baseball players. Yet, the state does better than you might think.

Bruce Bosley, Executive Director of the Vermont Baseball Coaches Association, points out that the organization’s website lists nearly 80 players from the state who were on 2020 college baseball rosters.

“Tracking the Vermont high school players on college rosters is a lot of fun and it is something we are proud of,” Bosley said.

There is another reason for compiling this list, said Bosley. It validates the annual Underclass (high school juniors) Showcase that the VBCA hosts each June. When college coaches see a list of around 80 former Vermont high school baseball players on college rosters, they are much more likely to come to the showcase to eye the current group of players and to make connections.

The Underclass Showcase so far has been held at Castleton University each June.

“We try to have it there because it is a good location. We try to spread things around,” Bosley said. “The Twin State All-Star Game is in Hartford, the state championship games are in Burlington, when we have had a live clinic it has been at Middlebury or Norwich, so Castleton is a good place for the showcase.”

Castleton University coach Ted Shipley finds the showcases invaluable. They are by invitation so it affords college coaches the opportunity to see the best players in the same place.

“All states have them,” Shipley said. “Vermont’s is always on the same day as the one in Maine so I feel I can’t go to that one. I feel as though I should be here. But I have gone to the ones in New Hampshire, Connecticut, Massachusetts and Section II in New York has one that I go to.”

Shipley said attending the showcases often yields recruits indirectly. The connections that you cultivate at the event might well lead to bagging a key recruit who is not participating in the showcase.

But it is a Vermont product on the 2021 roster that has Shipley most excited right now. Aubrey Ramey was brilliant in pitching Fair Haven to the 2019 Division II state crown and Shipley feels he is ready to step right into the rotation.

“I am most excited to see his growth,” Shipley said. “He is going to pitch a lot for us. He has good makeup.

“We don’t have endless depth like we have in some years and I think that he is ready.”

Shipley believes Ramey is ready but he wonders more if the COVID climate will be ready for baseball.

It won’t be the same. The southern trip, a valuable component of college baseball for cold-weather teams, is out for the 2021 season.

“We aren’t expecting to be able to have any overnight travel so we will be playing teams within a reasonable driving distance,” Shipley said.

That might mean having teams from the Little East Conference meeting at turf fields like the New England Baseball Complex in Northboro, Massachusetts or at Franklin Pierce University in Rindge, New Hampshire.

“There are turf fields around. I think there are seven in the Capital District,” Shipley said.

Turf fields are indispensable when trying to play a college baseball schedule in these parts in March.

Statistics and baseball history have been difficult to catalogue when it comes to Vermont high school baseball, Bosley said.

“We came up empty,” Bosley said, with only a handful of the 60-plus high school baseball programs replying to the call for help.

That is likely because they had nothing or little to offer. Many high school scorebooks could be in a black hole somewhere.

One thing we are certain of is that Woodstock’s Dougie Avellino reached the 100-hit milestone.

Avellino did not stop hitting after he left Woodstock. His .356 career batting average at Colby-Sawyer College is the third best all-time for the Chargers. He played for Colby-Sawyer from 2016 through 2018.

Numbers sometimes do not tell the whole story, Bosley said.

Zach Paul was a hot hitter for Black River in 2019 when he helped lead the Presidents to a state championship. Bosley believes Paul might have had the most base hits in the state that year.

But, he says, BFA-St. Albans’ Colby Brouillette was the state’s best hitter.

Brouillette is one of the “almost 80” and has a spot on the Clarkson University baseball roster.

Brattleboro’s Leif Bigelow, Vermont’s 2018 USA Today Baseball Player of the Year, is now on the University of Maine pitching staff.

He pitched as a freshman at the University of Connecticut where he made his debut against a Michigan team ranked No. 1 nationally at the time.

The two Otter Valley Union High graduates on the Keene State baseball roster made a favorable impression during the fall season.

“Josh came here as a two-way player, a left-handed pitcher and a left-handed stick,” Keene baseball coach Ken Howe said. “Everyone is looking for left-handers and that is one of the things that intrigued me.

The Owls were eyeing Beayon primarily as a pitcher because of what they had on their roster.

“Josh was put in a pitcher-only role but that could change. We are hoping to use his left-handed bat in a pinch-hitting or DH role and maybe even when he is pitching,” Howe said.

“Pat doesn’t have a position right now but we think he has the potential to be a starting pitcher.

“They are both good students and hard workers.”

Howe is hoping the Owls can have a full season.

“We want to play a full schedule and give the kids what they missed out on last season,” he said.

Brattleboro Post 5 Legion baseball coach Eric Libardoni will be an assistant coach with the Owls.

It appears that the gorgeous Maxfield Sports Complex in White River Junction will likely be a permanent site for the Twin State Classic, the annual high school all-star senior baseball game between Vermont and New Hampshire.

The venue is situated perfectly by being on the border of Vermont and New Hampshire.