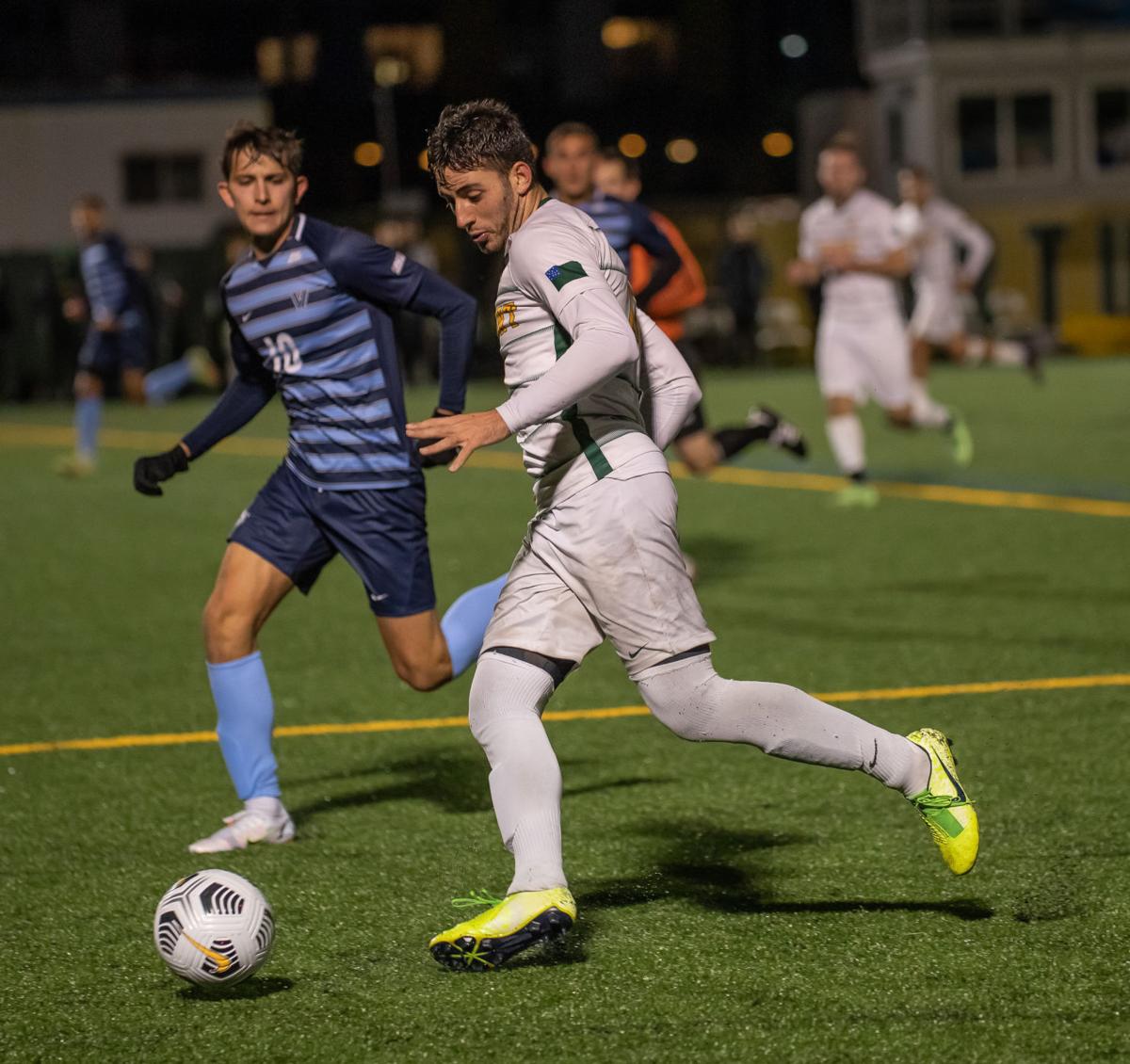 University of Vermont’s Nacho Lerech dribbles up the field during Thursday’s NCAA Tournament game against Villanova in Burlington. 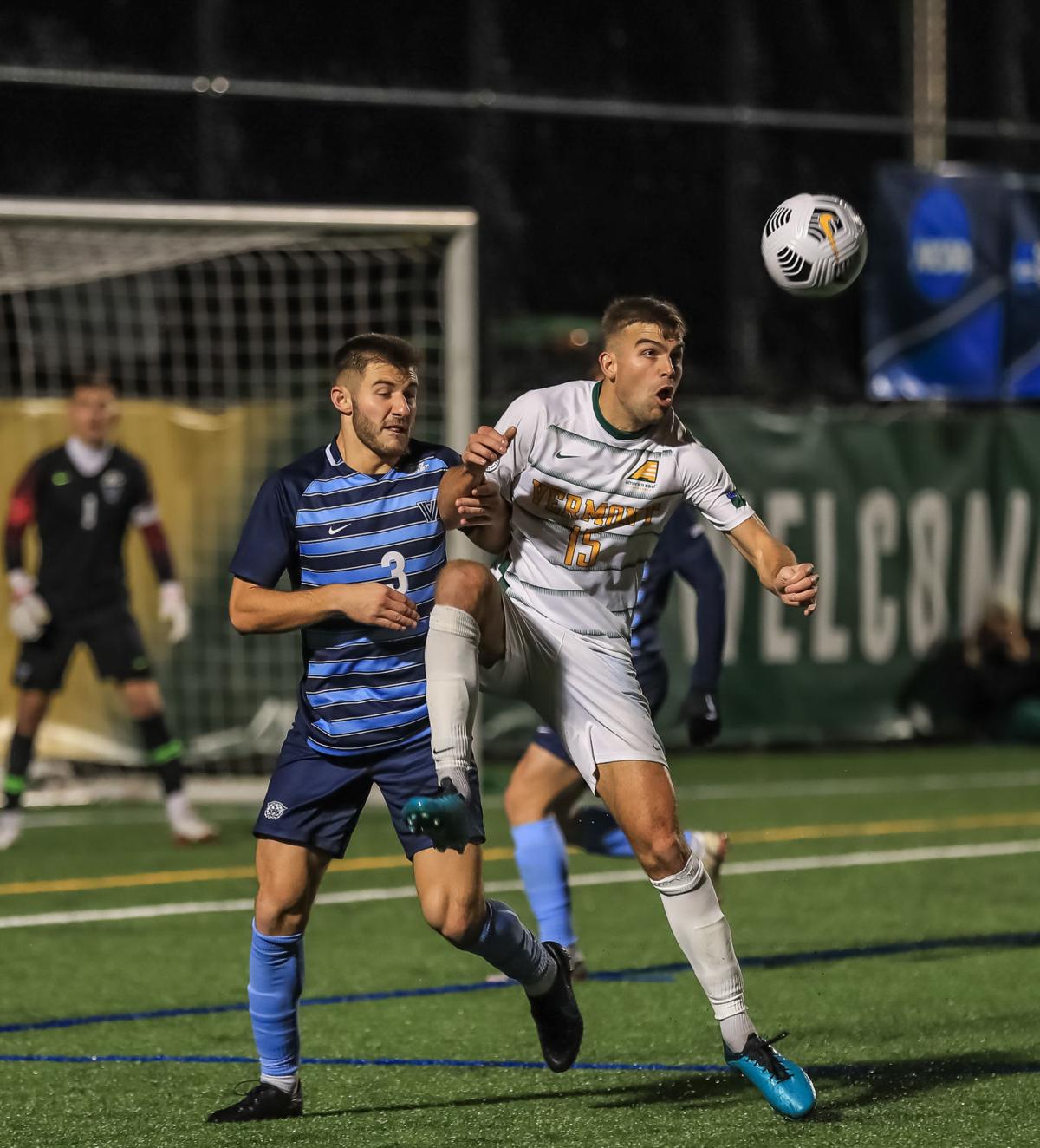 University of Vermont’s Matt Black (15) looks to handle a ball during Thursday’s NCAA Tournament game against Villanova in Burlington.

University of Vermont’s Nacho Lerech dribbles up the field during Thursday’s NCAA Tournament game against Villanova in Burlington.

University of Vermont’s Matt Black (15) looks to handle a ball during Thursday’s NCAA Tournament game against Villanova in Burlington.

Bristol’s Ron McEachen has had success at every college head soccer coaching job on his resume. He carved out a 114-76-27 record at the University of Vermont, a 120-85-24 mark at Skidmore College and was 66-22-20 during his time as the head man at Middlebury College.

Every team brought something different to the field but there is one characteristic he will always associate with his 1989 UVM team that made a run all the way to the Elite Eight where the Catamounts were finally derailed in a controversial loss to Rutgers.

Sitting down to a meal at Burlington’s Upper Deck before UVM’s NCAA playoff game against Villanova on Thursday night, McEachen called that 1989 edition of Catamount soccer “the toughest group of kids I ever had.”

He also gained a deep appreciation for the 2021 UVM men’s soccer team, attending a half-dozen games this fall.

“This is the best UVM team I have seen since,” McEachen said.

McEachen’s table at The Upper Deck was filled with soccer royalty. There was former Mount Abraham Union High School coach Mike Corey, who played on the 1971 UVM team that went 10-2 and defeated Massachusetts in the final game for a share of the Yankee Conference championship.

There was Bob Buzzell who also played on that 1971 team along with Mark Candon who, like Buzzell and Corey, played on some great teams at Proctor High School.

It was a difficult loss because the Wildcats’ goal came on a penalty kick and Vermont responded by attacking with gusto and dominating the second half.

It was a crystal clear example that soccer is about finishing, not dominating. The Catamounts outshot the Wildcats 30-9.

McEachen praised the Catamounts for the way they responded in the second half but also gave Villanova credit for the way its defense blocked numerous hard shots with their bodies.

“The game has changed a lot since I played,” Buzzell said as he piloted his Lexus down Route 7. “The players are so frigging big.”

Corey would fit right in size-wise with today’s bigger players.

“I wish that the officials had let us play that physical when I played,” Corey said after Thursday night’s contest. “That was a physical game.”

Coaching all those years at Mount Abraham, Corey said many Vermont players are at a disadvantage when they arrive on a college soccer field because the game is so much more physical.

He said the club soccer version is more physical and the Vermont high school players who avail themselves to that opportunity have a better start to a collegiate career.

Down at The Upper Deck before the game, talk surfaced of McEachen’s 1989 team and its run to the Elite Eight that captivated the state’s soccer fandom.

“It should have been Final Four,” McEachen said.

He was referring to the controversy.

Vermont lost to Rutgers in overtime after the Catamounts felt they had scored the winning goal. It was voided by a dangerous-play call.

McEachen said one official has since told him it was the wrong call.

Prior to playing at UVM, Buzzell and his twin brother Joe played on the 1970 Proctor High team that lost 1-0 to Chicopee High of Massachusetts on a fluke goal late in the game at the New England Tournament in Bristol, Rhode Island.

The next day, Chicpoee defeated East Providence by three goals. It was the first New England Tournament in soccer.

The following spring Joe Buzzell and Mark Gallus died in a car accident.

“Joe and I would have been teammates at UVM. That was the plan,” Bob said.

Gallus and Joe Buzzell were outstanding soccer players and teammates. The Buzzell-Gallus Award is given each year at Proctor High School to a player selected by the coaches.

Corey had an unfortunate moment at Proctor when an adult cornered him on the steps of Paul’s Supermarket and scolded him for losing a basketball game the previous night.

“I think it was to Burr and Burton. He said we had let down the town. I was stunned. I had tears running down my face,” Corey said.

Corey made it part of his coaching philosophy to make certain none of his players would ever feel that pressure. He told them about playing for themselves and not being burdened by the expectations of others.

“I did not ever want them to feel that pressure,” he said.

There they were on a rainy night in Burlington, brought together by soccer: McEachen, a coach with college coaching record of 300-193-71. Buzzell and Corey, soccer teammates at UVM who were part of the 1971 YanCon championship team on which Otter Valley graduate Peter Breen scored 13 goals. Mark Candon, a three-sport standout at Proctor and graduate of Brown University.

They came to watch a team that they love, a team that carries the colors for the state of Vermont.

McEachen praised the way coach Rob Dow had his Catamounts attacking and dominating in the second half.

“They did it right,” McEachen said.

But soccer is a frustrating game. The final game in 2021 was frustrating just as the one that brought down the curtain on the 1989 season was cruel and frustrating.

But the large crowd that braved the rain on Thursday night was an indication of the excitement and pride that this Catamount team had brought to the state.