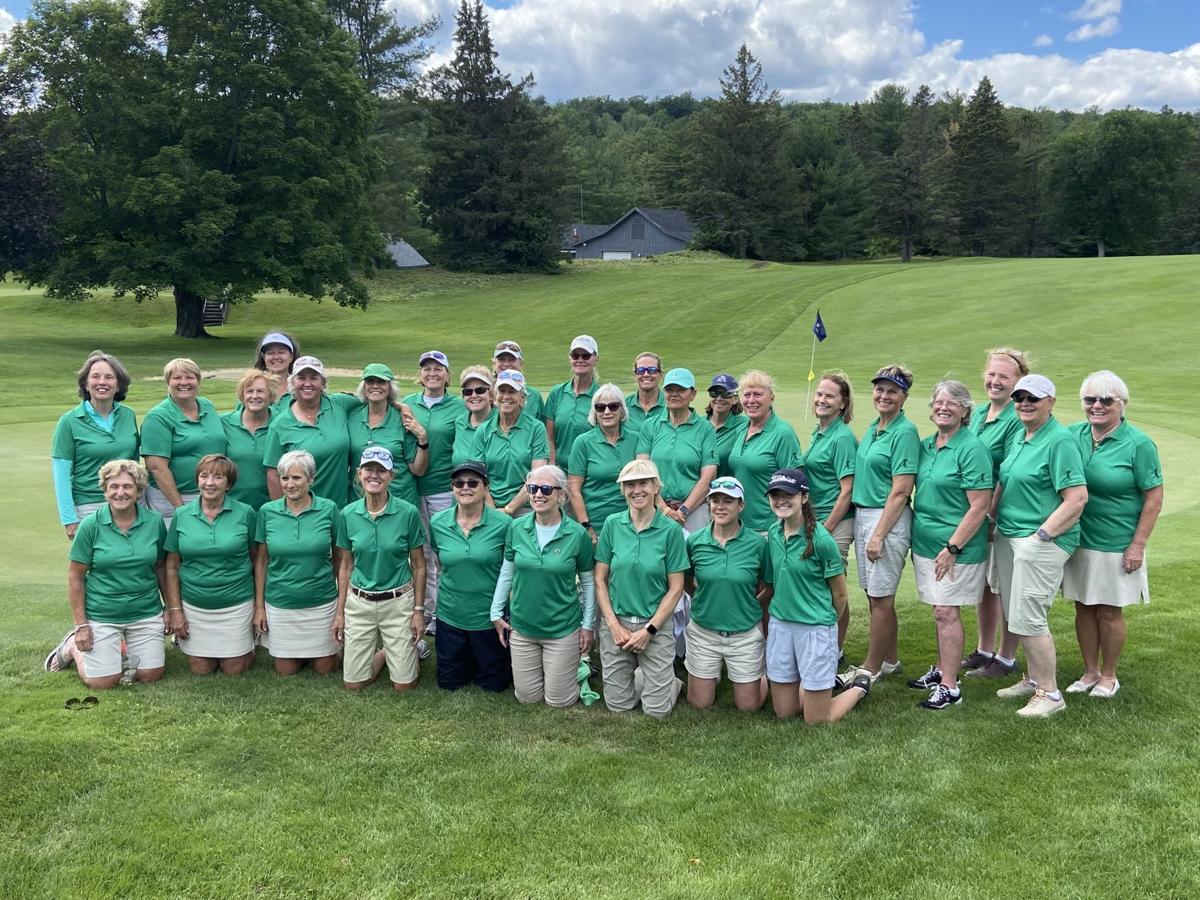 The Vermont Tri-State Championship team poses for a picture on the 18th green at Rutland Country Club on Wednesday. 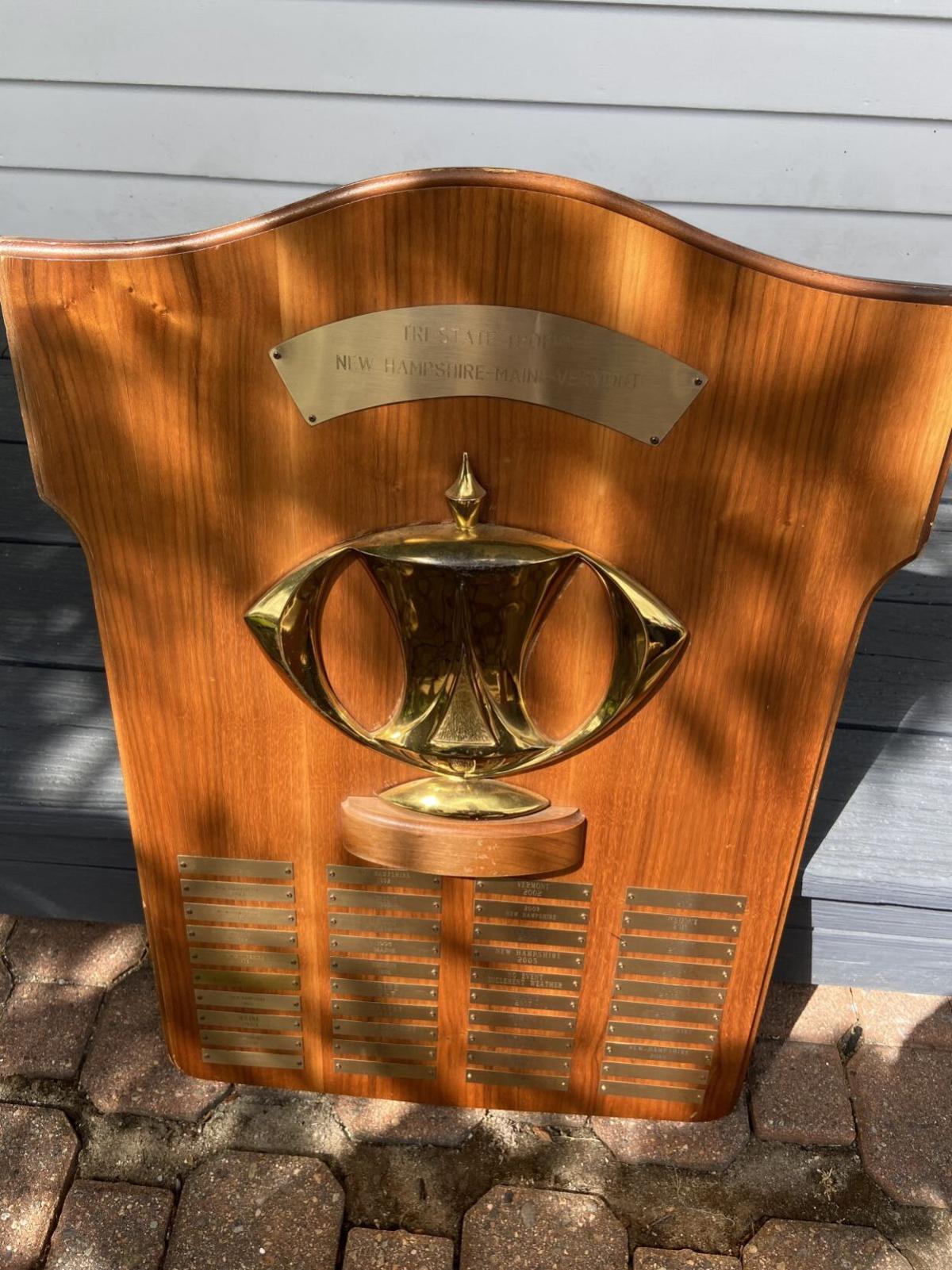 The Vermont Tri-State Championship team poses for a picture on the 18th green at Rutland Country Club on Wednesday.

The Tri-State Championship trophy is making its return to the Green Mountain State.

Decked out in their green polo shirts, the best Vermont women’s golfers beat their counterparts from Maine and New Hampshire at Rutland Country Club on Wednesday for their first Tri-State title since 2017, when the tournament was hosted by Manchester Country Club.

The tournament, which is the first major tournament on the Vermont State Women’s Golf Association summer calendar alternates its host each year.

Last June would have been Vermont’s turn, with the tournament set to be played in Rutland, but COVID wiped it away.

The tournament made its grand return Tuesday and Wednesday in Rutland and the Vermont women took advantage of playing on home soil.

“We always look for a good course in Vermont to host (the tournament),” said Chris Johnson, a former VSWGA President.

Vermont finished the match-play tournament with 180.5 points, followed by Maine with 136.5 and New Hampshire with 87.

Vermont had a 27-point lead after Tuesday’s action and continued to build its lead on Wednesday.

“When I saw the scores last night, I couldn’t believe it,” Johnson said.

“We had 50 people apply because when it’s in your state if they’re working, they can make it and take a couple vacation days. When they have to travel to a different state, it gets harder and harder.”

There were plenty of stars for the Green Mountain State, but they got their best showing from Mary Jane Shomo, who had nine points across the two days of action. Jen Shaw and Stacie Eaton both had 8.75 points and Group C player Donna Mazut had 8.5 points, among the many Vermont standouts.

Vermont’s team ran the gamut in experience level. Their youngest golfer was Mia Politano, a two-time D-II state medalist Otter Valley senior, who is headed to Middlebury College in the fall and has talent beyond her years.

They had many experienced golfers, among them Edith Hiller, an RCC golfer who was competing on her 40th Tri-State team.

“(Edith) made it because she plays so well at the age she is,” Johnson said. “She’s steady and really really good. They had a special gift for her (Tuesday).”

Maine had its best tournament from Sue Coffin with nine points. Coffin had a hole-in-one on the 15th hole at RCC.

Jade Haylock had 8.75 points for the Mainers. Haylock’s sister Ruby also competed in the tournament.

The Tri-State Championships were the brainchild of Vermont golfer Ruth Raymond Jones, fondly nicknamed “Jonesie,” in 1952 and the first tournament was played in Maine.

“There was a comparable tournament that includes Rhode Island, Connecticut and Massachusetts,” Johnson said. “I think that was going first and then Jonesie and a women from Maine were like, ‘why can’t we do this with the three northern states.’”

This was the first year Vermont wore green polos to honor the Green Mountain State. Maine has long worn blue due to its proximity to the ocean and New Hampshire used to wear green but now wears lilac purple.

Vermont had a dominant stretch going for much of the 2010’s. The Green Mountain State had won eight straight tournaments from 2010 to 2017 and had won 10 in the span of 11 years.

The format and number of players has changed over the years, but the spirit of the tournament has remained.

“We call it a friendly competition,” Johnson said. “People really cheer for each other. It’s not cut throat. It’s a great way for women to come together and play.”