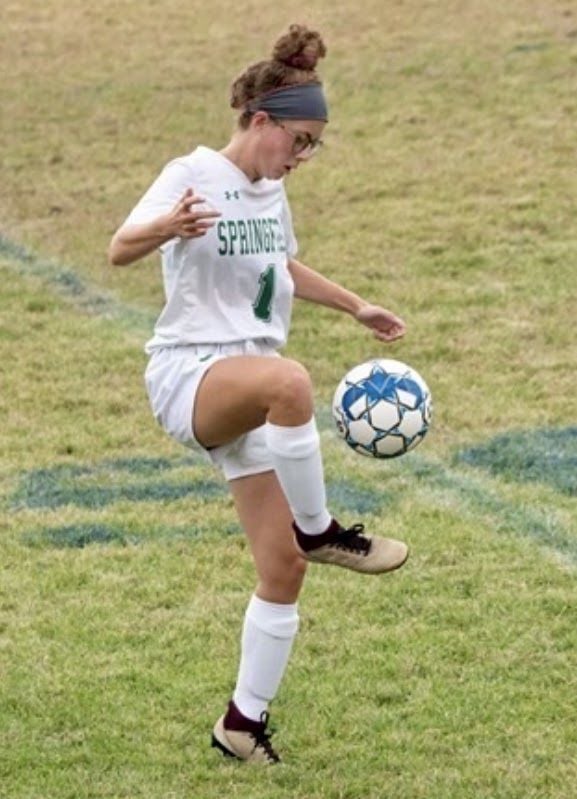 Springfield’s Maizy White secures the ball on her foot. 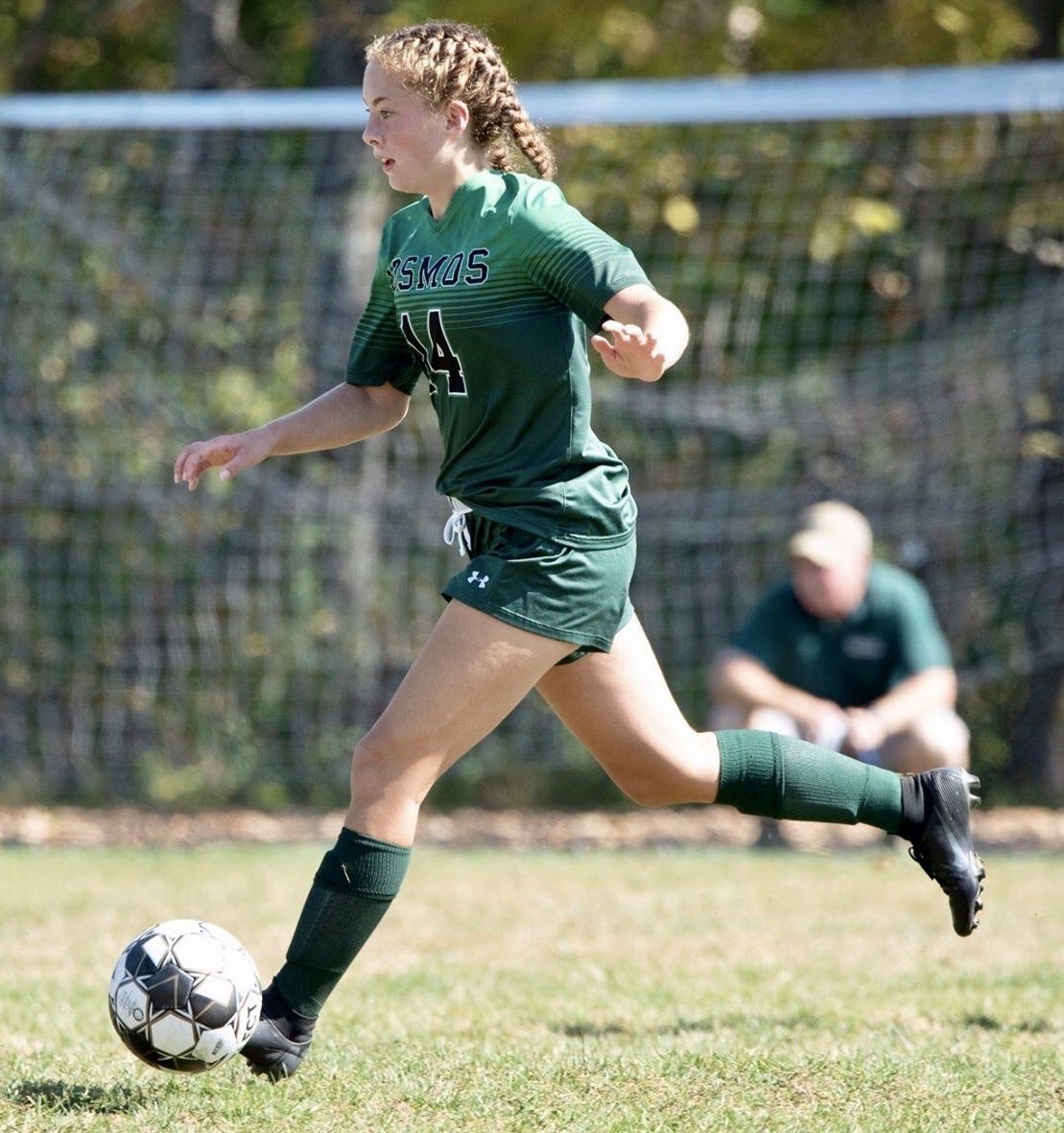 Springfield’s Mycah White dribbles the ball up the field.

Springfield’s Maizy White secures the ball on her foot.

Springfield’s Mycah White dribbles the ball up the field.

Plans are getting altered and postponed for college students in these COVID times. Many freshmen are putting off their first college year, waiting to go to campus in 2021 when they hope times will be closer to the “old normal.”

Twins Mycah and Maizy White put any fears aside and took the plunge. The 2020 Springfield High School graduates made the 565-mile trip from their home in Chester to Staunton, Virginia where they are members of the Mary Baldwin University women’s soccer team.

The Fighting Squirrels’ season has been pushed back until spring but they are practicing two to four times a week now and have several intrasquad scrimmages scheduled.

Maizy said the situation has worked out well. Practicing for a spring season in the fall has allowed her to acclimate to the life of a college athlete before diving into the rigors of a varsity soccer season in the USA South Conference.

“It is giving us a really good chance to get to know each other,” she said.

It wasn’t necessarily the intention of the twins to go to the same school.

“I was visiting schools and Mycah came along. Then, we found out we could both play soccer at Mary Baldwin. It just kind of happened,” Maizy said.

Maizy and Mycah do not live in the same building so they are not seeing one another all the time but they do eat together each day.

Striking out in Virginia was not a difficult decision, Maizy said.

“I just felt it was time to get out of Vermont,” she said.

Yet, she appreciates the familiarity of her home state the Mary Baldwin campus strikes. In fact, that was one of the draws of this setting tucked between the Blue Ridge and Allegheny Mountains in the Shenandoah Valley.

“It is a lot like back home. We are right on a mountain top,” Maizy said.

Another attraction was the style of coach Amanda Evans.

“Our coach is very, very friendly and outgoing. It’s not win-win-win all the time which is important,” Maizy said.

“That’s where we first saw them,” Evans said. “That is our recruiting camp and it is the best way to see them play and to see their coachability.

“They are very athletic, have amazing personalities and good character. That is an important part when you are trying to develop someone over the next four years. There needs to be a strong foundation.”

Evans will have Maizy as a defender and Mycah playing in the midfield.

Maizy said Mycah has more passion for soccer than she does and feels it was an easier decision to play college soccer for her.

Maizy decided to play partially at the behest of her mother.

“My mom thought it would be a good idea for me to play because I don’t always make friends super fast,” Maizy said.

“With COVID it was stressful trying to decide this summer whether to play soccer or not.”

Maizy has not declared a major yet. Originally, she was thinking of early childhood education but is now leaning toward social work or psychology. Mycah has designs on staying in the sports field, possibly by pursuing a degree in athletic training, physical therapy or sports management.

The twins and their Springfield High teammates enjoyed a strong season last year, fashioning a 10-3-1 regular-season mark under first-year coach Ray Curren and then thumping Lamoille 6-1 in a first-round playoff game.

It was the Cosmos’ best season in quite some time and likely helped fuel the twins’ desire to keep playing the sport in college.

Now, they are blending with new teammates and looking forward to a spring where they will, hopefully, be able to play their first college soccer game.