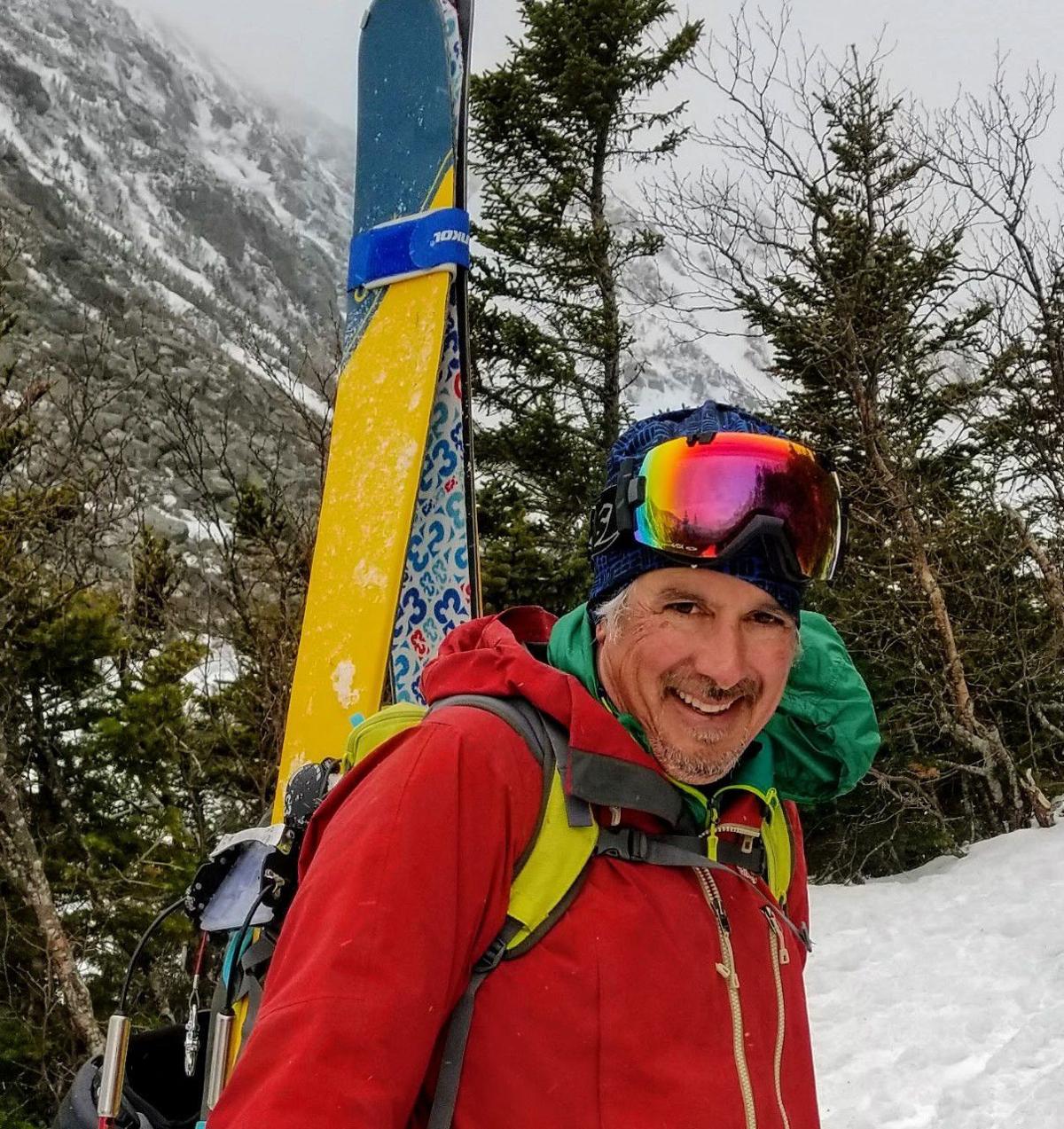 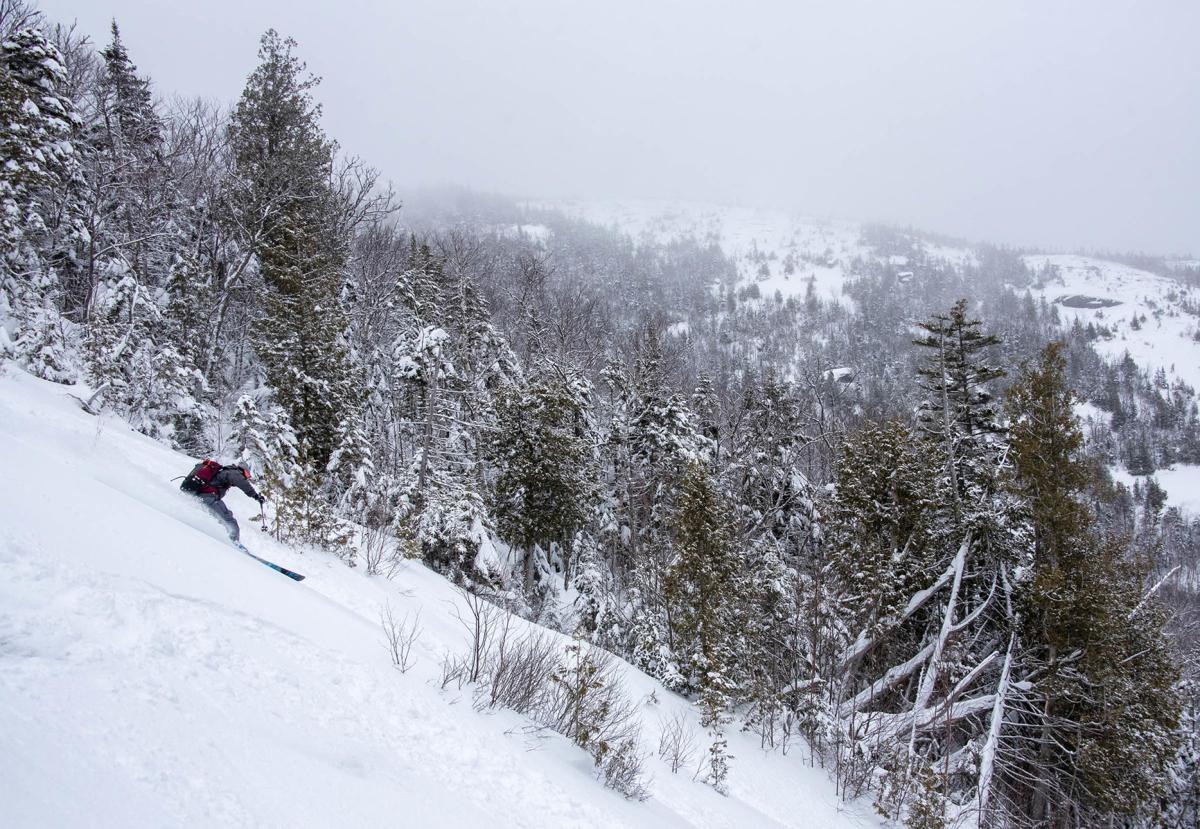 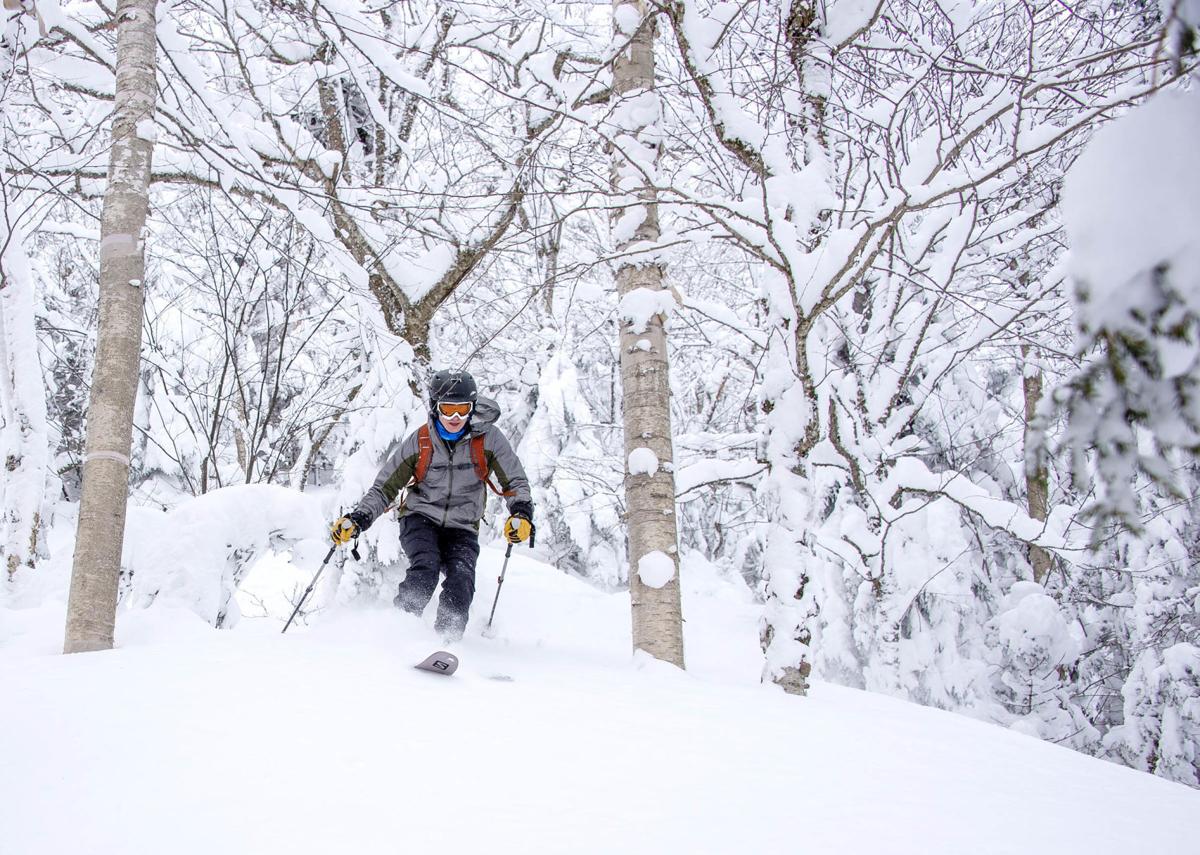 Stick season is here. It’s that quiet, gray and blue moment between autumn’s brilliant colors and winter’s deep snow, when the trees are bare — save for the golden hues of a few beech and tamarack holdouts. And its arrival means a few things: the start of deer season, better long-range views, and, for the backcountry skiers among us, a signal it’s time to tune the touring gear.

Those planning to head into the backcountry this winter will be pleased to know that Vermont skier and author David Goodman is very soon releasing the newest edition of the “Eastern Backcountry Bible,” better known by its official title, “Best Backcountry Skiing in the Northeast: 50 Classic Ski and Snowboard Tours in New England and New York.”

This fourth edition of the book, which is due out Nov. 27 and marks the 30th anniversary of its first publication, is coming just in time, too. Those in the know expect many new- and old-comers alike to skip the ski resorts this year in favor of deep woods and off-the-beaten-track adventures, as we all try to figure out how to recreate safely during a pandemic. In fact, gear shops like OGE in Burlington and Onion River Outdoors in Montpelier are reporting increased sales of backcountry skis and gear this year.

Goodman’s new book offers colorful descriptions and topographic maps of the best ski tours in the region, and he’s done the hard work of weeding out the good from the bad by skiing them all personally, along with some trusted backcountry partners.

“The backstory of doing a book like this is that a lot of the things you do, suck and don’t make it into the book,” Goodman says with a laugh. He takes the responsibility seriously, he says, of picking the best tours and providing the best directions because he knows many readers get in their cars in Boston or New York and drive to Vermont to go to a place he claims is really special.

“I do all the hard work, so you don’t have to,” he explains about getting the details right.

Goodman says he found backcountry skiing like so many people do when they discover a new activity — “to keep up with a woman.” He remembers an early date with his romantic interest, who is now his wife, standing at the top of Outer Limits at Killington Resort. (If you’re not familiar, it’s a classic and challenging New England mogul run featuring ice and bumps.) She was an expert skier; he was new to the sport; and he watched his beautiful date marvelously arc and dance her way down the slope with ease.

With the confidence of a newcomer who has yet to have his first humbling crash, Goodman charged down right behind her, thinking his skiing would look the same as hers. But about three turns in, he tumbled and landed hard in a pile of tangled limbs and skis, his goggles and poles had blown off on impact and were strewn about the mountain, his ego left somewhere near the top. His date graciously side-stepped around the mountain retrieving his belongings and, though his ego was harder to recover, it’s been a love affair — with both the woman and skiing — ever since.

Goodman went on to spend his 20s traveling the Northeast, living in his car and “skiing his brains out,” and the Appalachian Mountain Club approached him about writing the first edition of his guidebook in 1990. He’s updated it every 10 years since, including this year’s new edition. Just two weeks before the book’s release, I chatted with him by phone about backcountry skiing and his new book. Below are several excerpts from our conversation, edited for clarity and brevity.

Sarah Galbraith: How did you come to be the author of these guidebooks?

David Goodman: I was a climber and a backpacker, a history buff and a budding freelance writer. I had written one of my first stories for a magazine, it was called “Northeastern Renaissance,” about the revival of backcountry skiing in the northeast, and the Appalachian Mountain Club called me and asked me to write this book.

There had been an original heyday in the 1930s, before chairlifts went up all the highest peaks in the Northeast. Back then, the Civilian Conservation Corps, sponsored by the AMC, was cutting ski trails up the mountains (examples are the Tear Drop and Bruce Trails on Mount Mansfield). It was called “walk-up skiing” or “down-mountain skiing.” Many of these trails were cut, maintained and enjoyed by locals, who, the photos show, were equal parts men and women. As a journalist, I loved talking to the people who had built and maintained and skied those trails. I talked with many of them in their final years before they died, so I was capturing some of the last living stories from that time.

I also enjoyed finding people who were bored of what was becoming of skiing. These were people who liked to travel all over the mountain looking for wild snow. For me, writing the book really brought together a desire to continue to explore the highest mountains, which I love to do as a mountaineer.

SG: Are you concerned about the growing number of newcomers to the backcountry?

DG: First, there has never been a better time to start backcountry skiing. But it’s important to remember there is no ski patrol. If you think your cellphone is your first-aid kit, backup plan and insurance policy, you’ll find out quickly that your phone won’t work. In addition to buying the gear, new backcountry skiers need to invest in education. You’ll need to learn about the gear, but also backcountry navigation, how to dress, basic knowledge of mountain travel and, very important, avalanche safety. There is a trajectory among skiers into steeper terrain, and avalanches do happen in the Northeast. All of the laws of gravity apply in the Northeast. I recommend avalanche.org for state-by-state listings of resources, and the Appalachian Mountain Club and Adirondack Mountain Club both sponsor winter mountain skills workshops that include avalanche safety, and some Northeastern guide services offer training as well.

SG: What is new about this latest edition of your book?

DG: Everything has changed, nothing about these ski tours stays the same over the years. And although the title says 50 tours, there are a lot more than 50 in the book.

The exciting news is how much great new terrain has opened up, and how much the face of skiing has been changed. One thing about this edition is, it has allowed me to chronicle what I call “community supported skiing.” Groups like Rochester/Randolph Area Sports Trail Alliance and Northeast Kingdom Backcountry Coalition (in Vermont) and Granite Backcountry Alliance (in New Hampshire), who are cutting so many new trails I can’t even keep up with them, these groups are completely closing the circle on 1930s-era backcountry skiing.