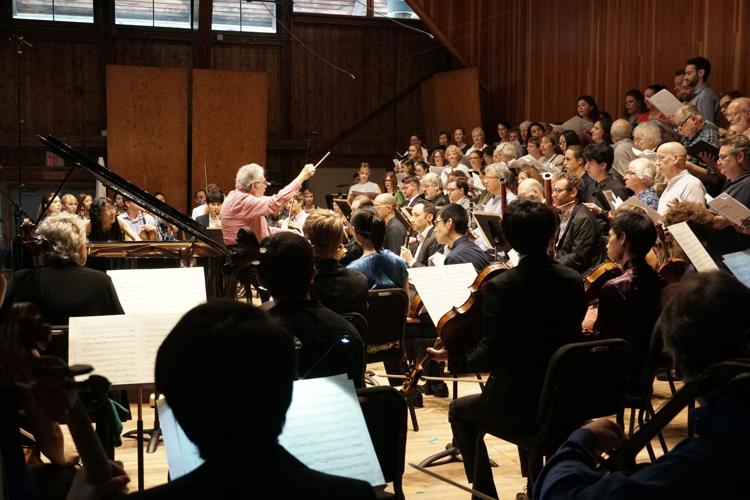 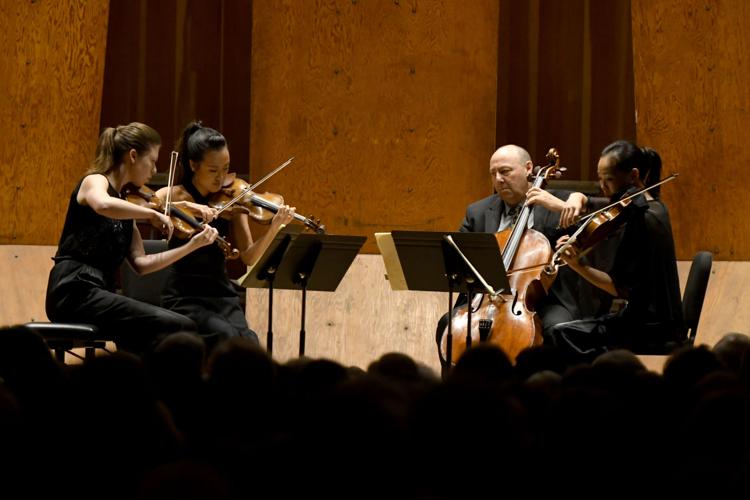 “Plus ça change, plus c'est la même chose,” usually translated as "the more things change, the more they stay the same," commonly attributed to Voltaire, was actually penned by French critic, journalist and novelist Jean-Baptiste Alphonse Karr (1808-1890). The famous maxim applies perfectly to Marlboro Music Festival, which closed its 68th season last weekend. Despite just announcing its fifth change in artistic direction in all those years the final season’s concerts, last Saturday and Sunday, reflected the founding spirit of Vermont’s most revered, and one of the country’s most respected music institutions. Emblematic was Saturday’s excellent and musically probing performance of Beethoven’s String Quartet No. 13 in B-flat Major, Op. 133, using the original Große Fuge (Great Fugue) ending. In keeping with the festival’s original name, Marlboro School of Music, young up and coming professional musicians rehearse and perform side-by-side with top veterans. In this case, cellist Peter Wiley, formerly of the Guarneri Quartet and Beaux Arts Trio, was joined by particularly fine young players, violinists Tessa Lark and Eunice Kim, and violist Wenting Kang. While most performances of these Late Quartets — difficult for audiences and players — are by longstanding ensembles used to playing together constantly, this one-time performance proved amazingly well matched and cohesive. The clarity and expressiveness of playing revealed a deep understanding of some of Beethoven’s greatest music. Other than some monochromaticism in the Große Fuge, the playing was particularly beautiful. This was perhaps the best performance I’ve heard at Marlboro in recent years — and that’s saying something. Emblematic in another way was Sunday’s closing performance of Beethoven’s “Choral Fantasy,” Op. 80, for Piano, Chorus and Orchestra, a tradition beginning in 1957 with co-founder Rudolf Serkin as piano soloist (recently changed to every other year). Appropriately, artistic director Mitsuko Uchida was the piano soloist delivering Beethoven’s unique mix of passion, joy and grandeur, while Leon Fleisher conducted the Marlboro Music Festival Orchestra and Chorus. Fleisher, now 90, first came to Marlboro as a pianist in 1959, Uchida in 1974. The orchestra and chorus, comprising most of the Marlboro community, comes together just for this event, and the chorus is open to just about anyone, so the performance lacked the precision of a New York Philharmonic concert. Rather, it was filled with the joy of some the world’s finest musicians who have just spent the summer working and playing together. These two performances offer two sides of what Marlboro is all about. Marlboro was the brainchild of the great violinist Adolf Busch, a German refugee who, along with Serkin, his son-in-law, had summer homes in Guilford. After the Moyse Trio (flutist Marcel, violinist Blanche and flutist-pianist Louis) became the first music faculty of Marlboro College in 1949, Busch led an informal music school with them on the campus in 1950. It was in 1951 that Marlboro School of Music was officially founded by the Busch-Serkin Trio (with Adolf’s brother Hermann on cello) and the Moyse Trio. In 1952, Busch died unexpectedly and Serkin became music director. He was the powerful face and spirit of Marlboro, reigning over the Pablo Casals years (1960-1973), bringing the festival to the height of its fame. When Serkin died in 1991, it took three pianists to replace him. Uchida, Andras Schiff and Richard Goode, Marlboro alumni, became co-artistic directors. By 2013, first Schiff and then Goode had dropped out, leaving Uchida as the festival’s guiding spirit. And just a couple of weeks ago, pianist Jonathan Biss was named co-artistic director with Uchida. Perhaps this was an attempt to attract a younger generation — Biss is 37 — but it sticks to the Marlboro tradition of family. Biss was first a festival participant in 1997, but his parents, violinists Miriam Fried and Paul Biss, were at Marlboro in the early 1970s. Regardless of who is music director, the spirit of creating the next generation of fine chamber music continues. “Plus ça change …” Jim Lowe is music critic and arts editor of The Barre-Montpelier Times Argus and Rutland Herald, and can be reached at jim.lowe@rutlandherald.com or jim.lowe@timesargus.com.   Marlboro Music For information about Marlboro Music Festival, including its Musicians from Marlboro tours, go online to www.marlboromusic.org.